skeme·November 2, 2018
Uncategorized
One of the things about Nostalgia King that is very different than other music sites is that we’re collectors and we love interviewing fellow DJs, musicians and artists about things they collect outside of music. It’s a way of digging deeper to see what makes them tick and helped build the character that we know them for in the DJ booth or on stage. Philly is known as a DJ city with plenty of DJ’s that you know or may not know which is both good and bad but that’s what we’re here for, to hip  you to people and things that should be on your radar. One of those DJ’s that should be on your scope is a true all around thoroughbred who I’ve known for about 15 years, consider him a soul brother from another and one of the very few in the city that I trust musically to hit all notes and genres properly.
Outside of the music what is Ian about? Serious horror business which has become obvious with his killer collection of vintage pulps and comics that he’s collected from across the globe and features on his Instagram page @fright_for_sore_eyes.  Horror is one of the largest genres when it comes to collecting with with fans grabbing everything from the absurdly weird to the violently gruesome which makes for a great starting point in finding out why Ian loves horror and what’s in his stash. 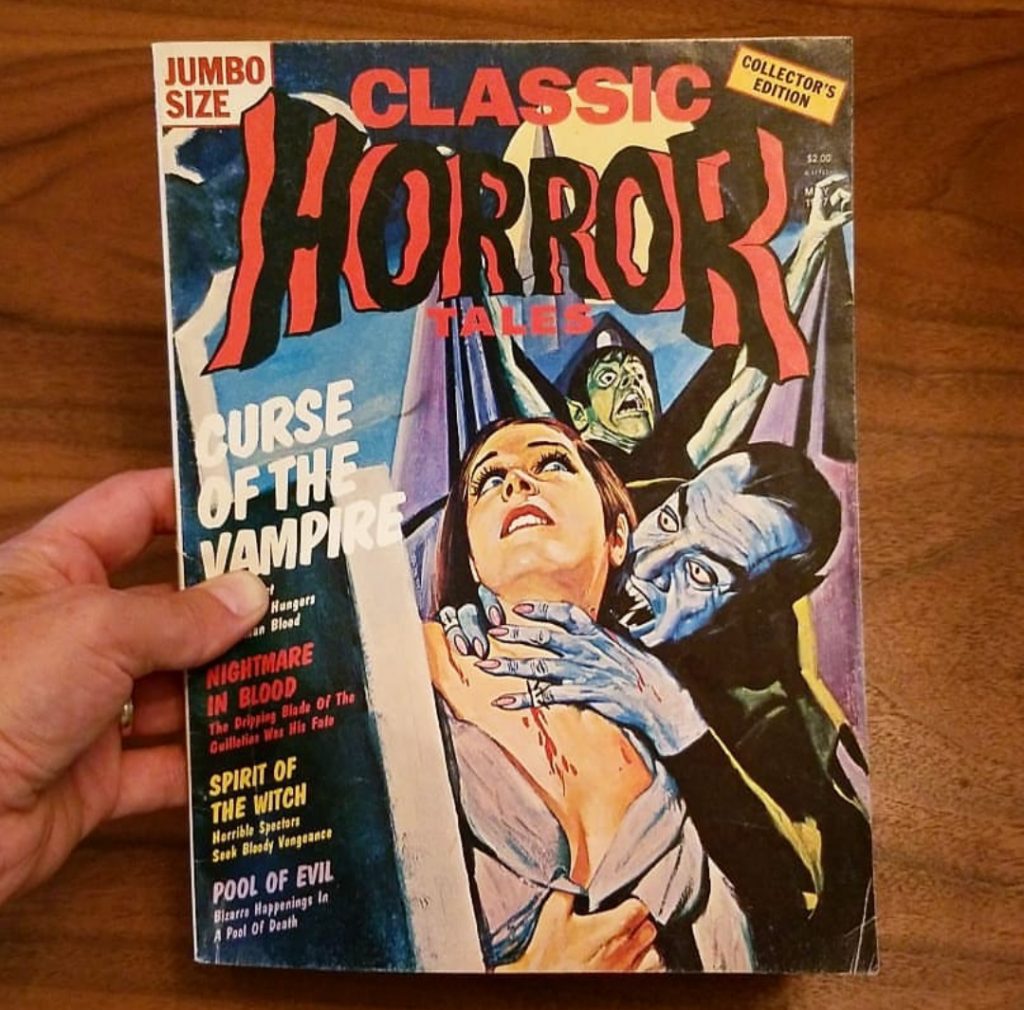 NK: What fascinates  you about collecting horror magazines and comics?
ISL: I don’t know where it came from but I have always been really into that 60’s and 70’s horror aesthetic, especially Italian stuff. For me its all about the cover art. The more bugged out the better. The Euro stuff is just so over the top in this really beautiful, dark, aggressive way. I have this whole analogy between cars and comics we can nerd out on next time we talk. 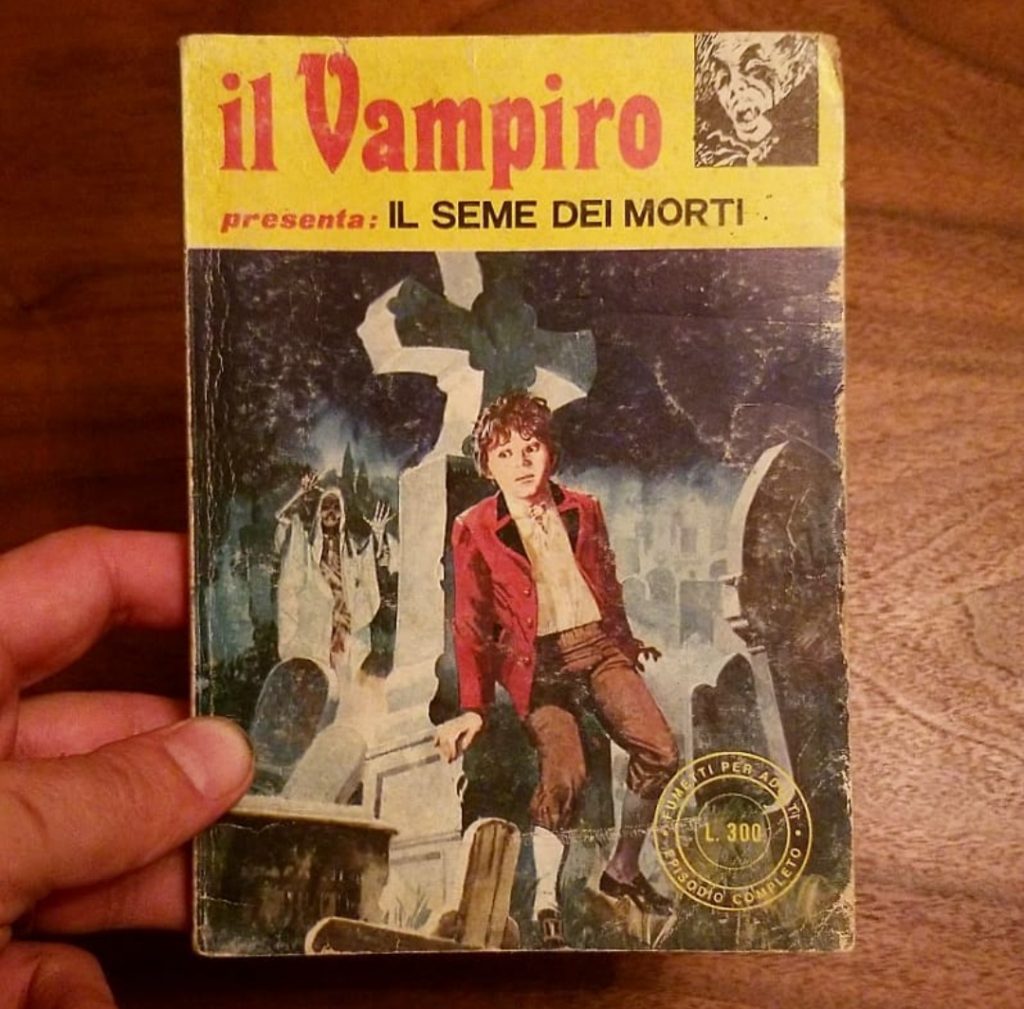 NK: How do you go about choosing what to add to the collection?
ISL: I get really obsessed with a certain series and go crazy trying find as much as I can of it. The weirder and more far out the better. If its something Iv’e never seen before I will def try and get it.
NK: You have pieces from all across the globe and in different languages. Have you come across any that were censored because of violence or nudity or ones that were actually more extreme than others?
ISL: Yes. The Italian stuff is fucking mental. No rhyme or reason to what they find offensive. It depends on the title but i’ve seen really ill shit on one page and blacked out genitals on the next. As a whole the Euro stuff is way more sexual and violent than the Domestic stuff. That said, the Euro stuff was really meant as pulp for adults where as American horror comics (in the seventies at least) were for kids.
NK: If you had to pick an era or decade that produced the best horror, what would it be?
ISL: 70’s hands down. Thats basically all I collect. Some late 60’s and 80’s stuff too but to me the 70’s produced the best of everything. There was this crazy wave of “sexy horror” happening in cinema. Simultaneously Disco and the whole Punk Seditionary thing were happening. Thats my shit. All of it. For me, anything I collect is just an attempt to hold on to all that stuff that I love.
NK: Favorite horror piece in your collection?
ISL: Impossible to say. My latest are these German pulps “Grusel – Krimi” but 2 weeks from now something new will be speaking to me, and on it goes. 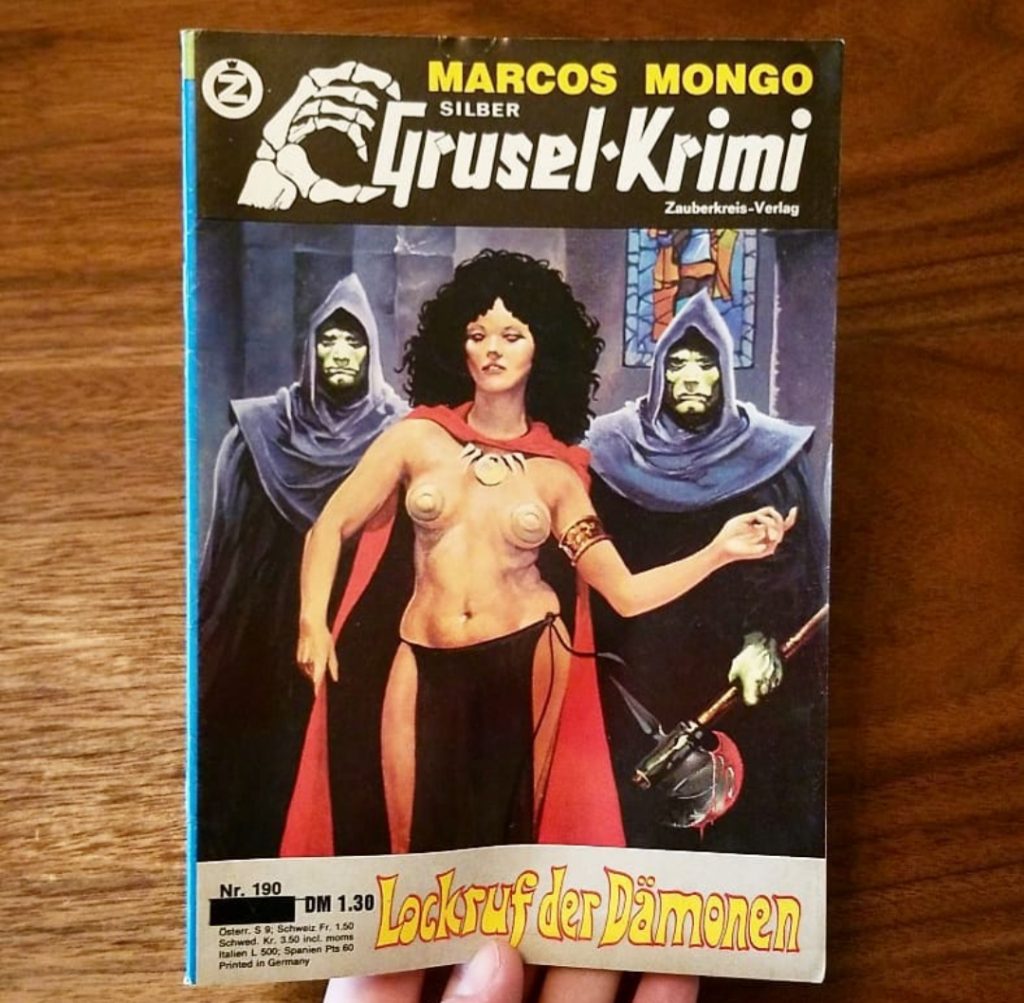