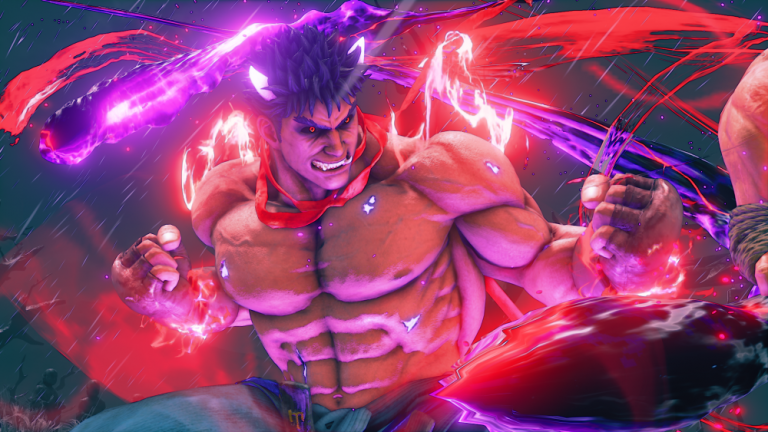 Capcom introduced a new Evil Ryu variant in Street Fighter V by the name of Kage (pronounced car-gay), which translates to Shadow and whose character serves as the physical embodiment of the evil spirit “Satsui no Hado”. He serves as a “hypothetically” evil version of Ryu, which ties in with a chapter from the General Story mode of the game, in which he overcame his power of “Satsui no Hado” while battling Necalli.