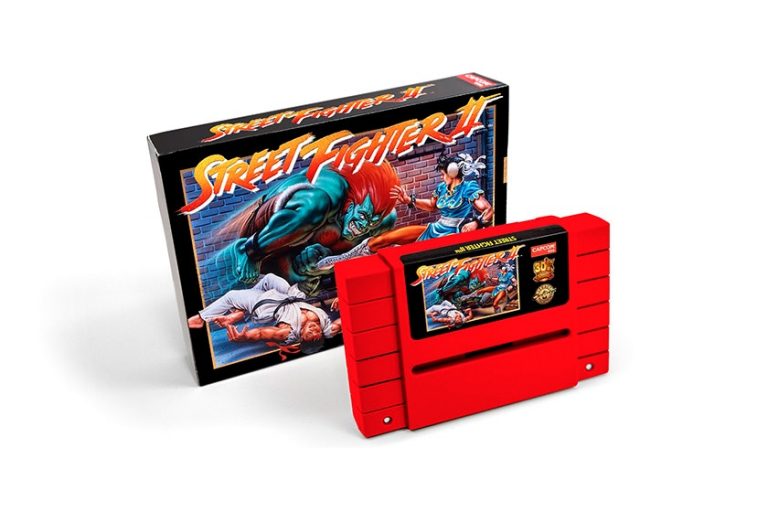 In honor of one of the greatest game franchises of all time, the Street Fighter series, Capcom awards and celebrates the 30th anniversary of Street Fighter II with producing a limited run of  game cartridges that actually work on your Nintendo SNES console!  Teaming up with iam8bit, this special edition of Street Fighter II: The World Warrior will be pressed in an edition of 5,500 copies with new box design and comes in Opaque Ryu Red or Translucent Glow-in-the-Dark Blanka Green and will retail for $100 with the the glow-in-the-dark version being limited to 1,000 copies and distributed randomly.