It looks like Capcom is stepping into the retro world and following suit with other consoles releasing mini versions with their upcoming Capcom Home Arcade. Unlike other mini brands, Capcom’s is far from a mini but rather a full sized dual arcade style controller that is plug and play with 16 pre-loaded games. 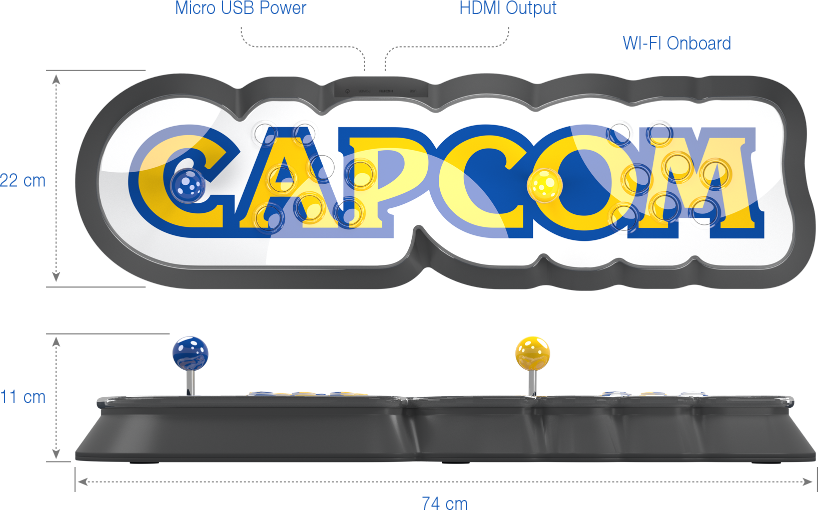 The 16 pre-installed games are from the original Capcom CPS1 and CPS2 arcade ROMs with emulation provided by FB Alpha, delivering an authentic & accurate arcade experience exclusively for the Capcom Home Arcade.

Break some high scores in single player, team up with a friend in co-op multiplayer or destroy them in a head-to-head battle. Then upload your best scores via the Capcom Home Arcade’s onboard WiFi to a Worldwide High Score Leaderboard to see how you match up against other players across the globe.