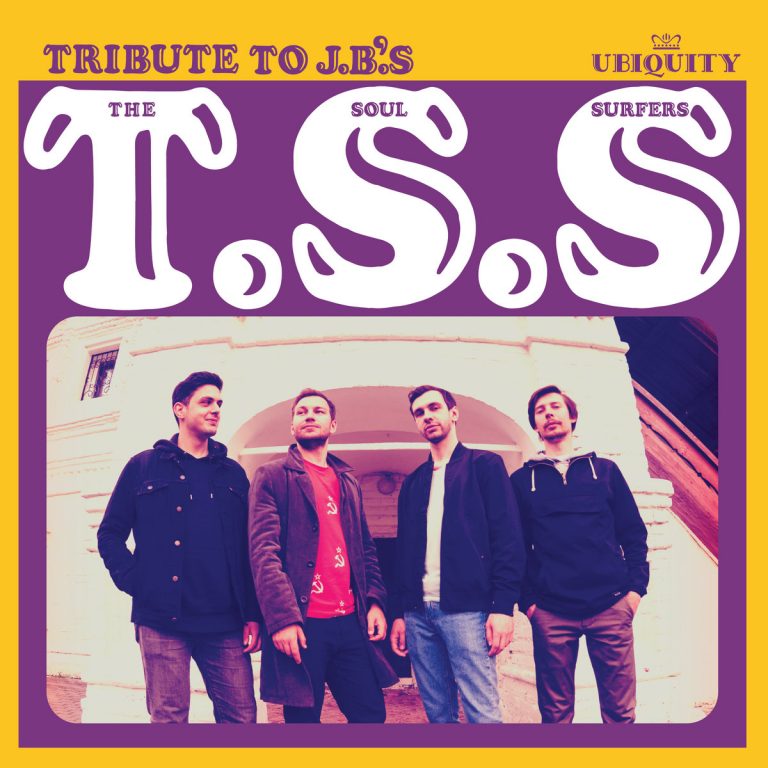 The Soul Surfers – Tribute To The J.B.’s

Having personally known The Soul Surfers since their debut 7″ release back in 2011 and breaking bread with them at various points in between St. Petersburg Russia and Lausanne Switzerland, I’ve seen them expand and perfect their sound both live on stage and on vinyl with each ticking moment as an explosion in funk that’s uniquely their own.  To date, they’ve released an impressive catalog of original music on their on as well as collaborating with the great Shawn Lee on their previous outing.

Their upcoming 45 and one that will surely get plenty of spins pay tribute and covers one of the greatest of all time, The J.B.’s.  The Surfers took on the task of covering two favorites on a double-sider with “Popcorn With A Feeling” b/w “Givin’ Up Food For Funk” on the flip releasing sooner than later on the Ubiquity label with whom they previously released their Soul Rock! LP and a pair of 45’s.  Doing covers can always be a tricky hit or miss happening but The Soul Surfers nail things once again with their brand of Russian funk.