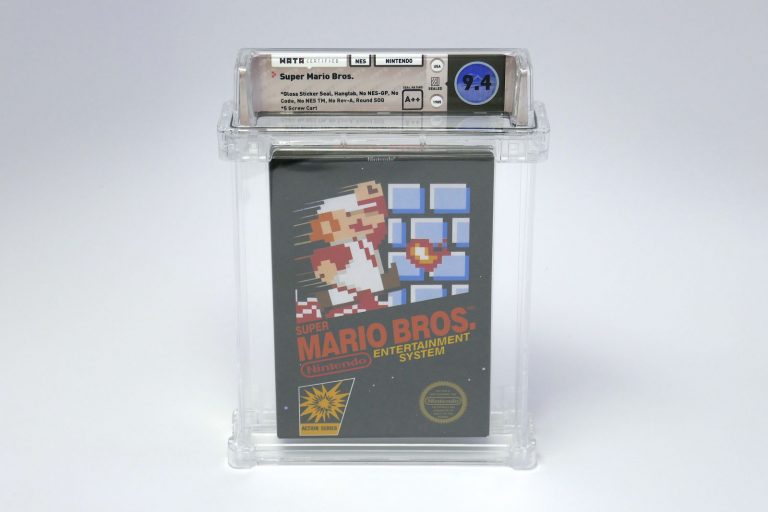 We love the madness of the collectors world and seeing the prices of what some people see as everyday common items while others see and understand condition and rarity which justifies the price tag.  Remember, the value of something is always what someone is willing to pay for it and recently an original, first-run, sealed copy of Super Mario Bros sold for $100,150 which makes this the first six figure transaction for a game sold. Back in 2017, a sealed copy sold for just $30,000 which was a record it self.

“The difference comes down to a tiny sticker. Instead of being shrinkwrapped in plastic, the boxes containing the very first run of NES games produced in America were only sealed on the top flap, using a black foil circular sticker with the Nintendo logo on it. These were only sold for a brief period of time before the NES’ national rollout, while Nintendo was still test-marketing the console in cities like New York and Los Angeles in 1985 and 1986. At that time, an NES set came packaged with Duck Hunt and Gyromite, but not Super Mario Bros., which was sold separately.” – Kotaku