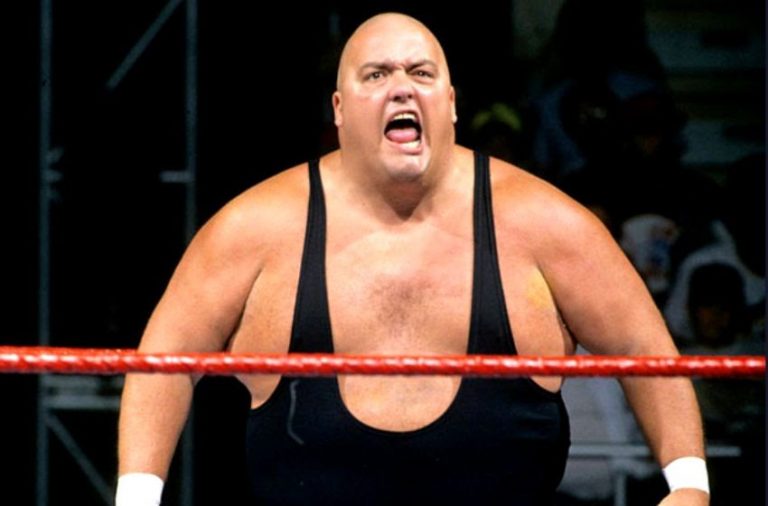 The wrestling world has lost another of it’s legends and at a rather young age of 61 with he recent passing of King Kong Bundy who left the ring on March 4th. Best known for his career in the World Wrestling Federation in the mid 1980’s – mid 1990’s, Bundy wrestled in the main event of WrestleMania 2 in 1986, facing Hulk Hogan in a steel cage match for the WWF World Heavyweight Championship which will forever go down as one of the greatest matches ever.

Born in Atlantic City New Jersey, Pallies was trained to wrestle by Larry Sharpe at the “Monster Factory” in Bellmawr, New Jersey and made his debuted on March 7, 1981, wrestling for the World Wrestling Federation under the ring name “Chris Canyon”. In the early years of his career, he used the names “Chris Canyon” and “Chris Cannon”.

In 1982, Pallies relocated to Texas, where he joined the World Class Wrestling Association was developed by the Von Erich family as “Big Daddy Bundy” (a combination of Shirley Crabtree’s “Big Daddy” moniker and the surname of psychopathic serial killer, Ted Bundy). He wore blue jeans with a rope belt and was a fan favorite. After a dispute with the Von Erich family, Bundy was recruited by “Playboy” Gary Hart and dramatically reintroduced as “King Kong Bundy”, with the “Big Daddy” portion of his moniker replaced by the name of cinematic monster, King Kong, wearing the black singlet for the first time to signify his change. He lost his hair during the feud, adding to his signature look.

He also competed in various territories such as the American Wrestling Association and National Wrestling Alliance. He also had a tendency to demand a five count (as opposed to the usual three count) for pinfalls whenever he dominated his opponent in a squash match, a gimmick he began while wrestling for Mid-South Wrestling. During this time Bundy also wrestled in Memphis often teaming with Rick Rude and Jim Neidhart against the various faces including Jerry Lawler.