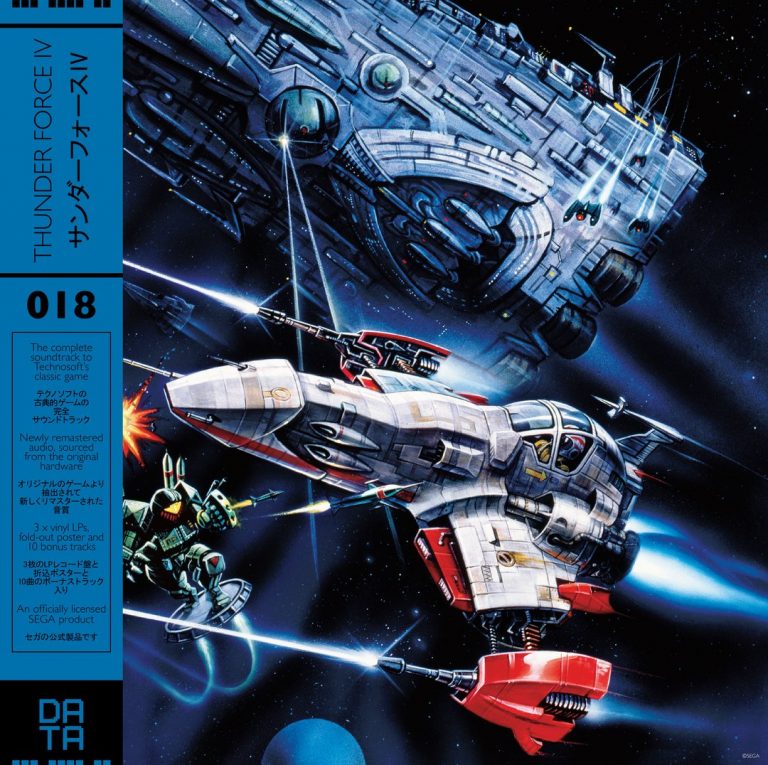 The complete score to Technosoft’s classic shooter, newly remastered and pressed on vinyl for the first time.

Originally released on the Mega Drive in 1992 and featuring some of the most ingeniously complex and heaviest compositions to ever be squeezed through an FM sound chip, the music of THUNDER FORCE IV is relentlessly creative and uncompromising throughout; a real technological marvel and a triumph of metal against the odds. It thoroughly deserves the cult status it now holds and we are thrilled to be releasing it.

THUNDER FORCE IV is presented as a triple 180g LP, featuring 38 in-game tracks and 10 unused (Omake) tracks, all of which were sourced from the original console. It is packaged in a heavyweight single pocket sleeve, accompanied by a lithographic print of the original 1992 US artwork and a foldout poster of the newly-commissioned illustration for the game’s 2018 re-release on Nintendo Switch. Available in the following editions: