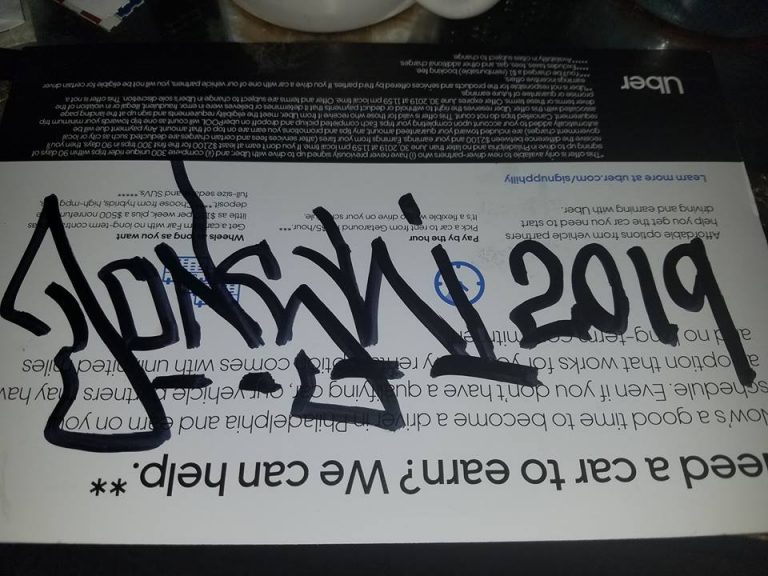 This is DONSKI from the early graffiti pioneering group HCS or the Hip City Swingers.

DONSKI utilizes a style called “Gangster Hand”, or the style of writing that was adopted by early graffiti writers from the gangs that used this style as far back the late 1950s. This is the style that TOP CAT 126 took to New York in the early 70s (he was originally from Philadelphia), which became the Broadway Elegant style of writing in New York.

DONSKI is a first class historian of the First Age of Graffiti writing and was the lead historical consultant for the critically acclaimed documentary, “Taggin Ass City;The History of Philadelphia Graffiti Hand Styles”.