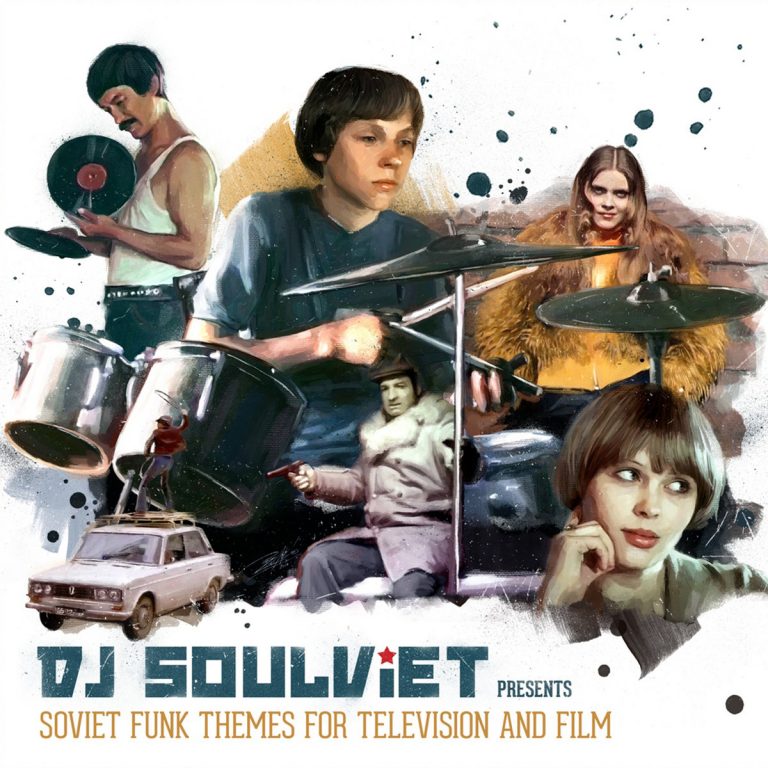 We love the term “dig deeper” and exploring uncharted territories when collecting items from various things that we may be into. Exploring across the globe, scouring through old second hand shops to find the unknown as well as building up contacts and relationships with fellow collectors who may be more seasoned in the field of expertise of what you are searching for. As a film and soundtrack lover, I’ve always  loved movies from across the globe and cross genres especially in the crime, drama and Sci-Fi areas and while in Russia back in 2012 playing a night, I got a more in-depth look into the world of Russian cinema via DJ and collector, Mr. Chak. From that day on, I wanted to know more and thankfully for the people over at Soviet Grail who recently released their “Soviet Funk Themes For Television and Film LP” compiled by DJ Soulviet. I’ve been following DJ Soulviet for quiet sometime and have dug his appreciation and dedication to unearthing much of these gems which are available now on vinyl!

“Soviet Grail presents a special vinyl edition dedicated to the international Record Store Day, which is celebrated on April 13, of a mix by DJ Soulviet, compiled from themes, as well as compositions sounding in cult Soviet feature films, full of funk and breaks.”

“Especially for this edition, the mix was re-compiled using the best sound sources, which is why the disc will be pleased with the quality of both home music lovers and DJs who play straight from vinyl. Graphic design of the cover is a collage of frames with the characters of feature films, designed in the spirit of the relevant posters of the 70s.”