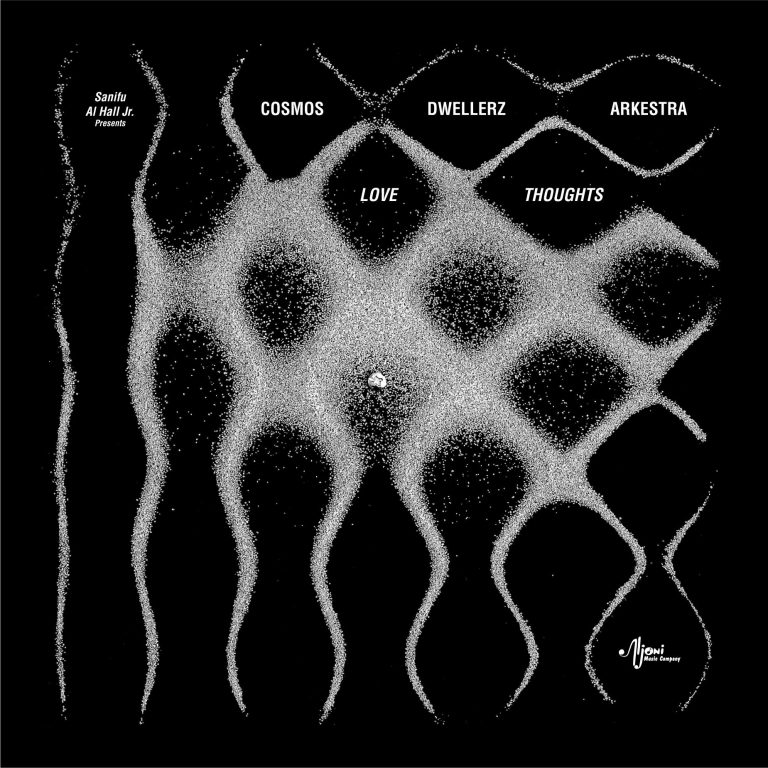 DJ Sigher’s Super Disco Edits label continues to do what they do best, find and release previously unissued tunes to the masses of good music lovers across the globe and dance floors worldwide. Their latest signals their first in the Jazz genre and a heavy one at that from Cosmos Dwellerz Arkestra with “Love Thoughts”.

“The first incarnation of the Cosmos Dwellerz Arkestra was formed in the early 1970’s by Sanifu Al Hall. Jr. His goal was to form a group using available cutting-edge technologies of the day fusing it into creative musical works. What would now be called a hybrid group. Along with the quasi-standard Jazz group.
Sanifu made sagacious use of several analoguesynthesizers to forge both ambient and melodic incorporations. Additionally he used unique signal processing on his trombone for this 1977 session.