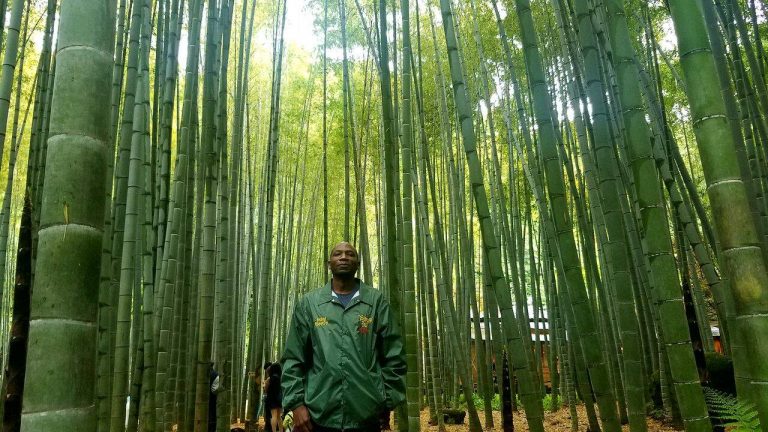 The Art of Fitting In

The title might be a little misleading as this isn’t about fitting in, it’s about being you and creating your own path. When it comes to being in an industry or scene, most peoples goals are to “fit in” with hopes of being welcomed with open arms and sitting at the cool kids lunch table. This happens within ever type of scene, from the recent backlash of the lack of diversity in the fashion industry, within Hip Hop and of course, the DJ world. As an independent DJ with no management or booking agency behind me, it allows me to move freely and create how I see fit. Popularity wise, you either know me or you don’t, but you can best believe a lot of those famous DJ’s that you know have all learned about new vinyl releases via Nostalgia King or my other social media outlets. Let’s take the fashion world as another instance.  Growing up in the 70’s, 80’s and into the early 90’s, there were always young black youth designing and making clothes. My older cousin Junie was the equivalent of J.J. from the TV show Good Times. He was an artist who drew and painted, he made all of his own clothes, from slacks and jeans to silk shirts and fur coats, he even made woman around the neighborhood outfits.  I’ve never known him to buy off the rack clothing and he was always a unique and very fly individual. In the late 80’s / early 90’s there were two homies Sid and Joe from the neighborhood that were also heavy into fashion making fly clothes, jeans, shirts, fur coats, denim etc. During those times, public schools still had fashion classes which boosted creativity amongst young minds.

I recently read an old article in a magazine from the 70’s about Blacks who stayed in the UK after their time served in the military and created fashion brands, opened stores and were very successful in doing so, some who are still in the industry today. These people didn’t try to fit in, they were creating their own lanes and presenting their product to public. Over the last few years, the topic of diversity or lack of in the fashion industry has become big headlines. From crying about cultural appropriation to “there’s not enough people of color working” in the industry when most of these brands aren’t owned by people of color. So the question is, where are all the companies owned by people of color? Where are all the creative people of color who invest their own money to start their own brands versus them going for the check and working for someone else?  The same holds for the movie industry, directors of the past would max out credit cards to create their independent film (i.e. Kevin Smith, Quentin Tarantino, Robert Rodriguez, Spike Lee etc.) all who were not welcomed with open arms into Hollywood, yet have become creative forces and iconic personalities. What’s the point of complaining about an industry versus creating your own and gaining support? The easy answer is because people want to be down by association of something famous and it’s not cool to be the outsider doing you. For myself though, it’s the total opposite, I never wanted to be in the cool kids club sitting at the table blowing smoke up each others ass. I’d rather sit by myself and make people wonder why I’m not with the flock. I’d rather be at the table with other unknown to the masses creatives doing dope shit. Being with the flock doesn’t guarantee you success, it only guarantees you a pretty Instagram picture with them.

If you have a creative mind, put forth that creativity and build your own kingdom. Channel that energy of what you dislike into creating something dope that you love. Slow grind is better than no grind so enjoy the journey as it happens.