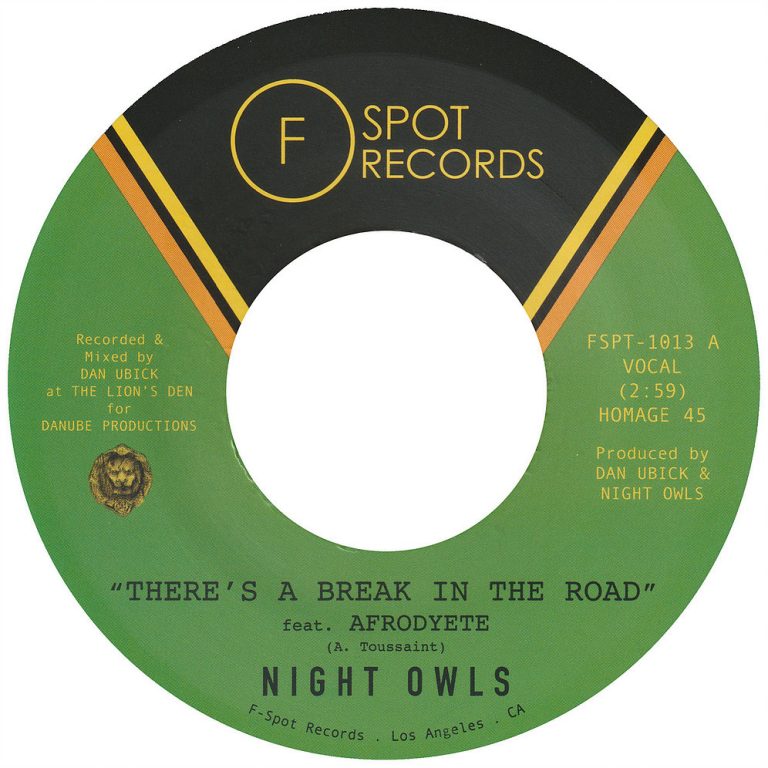 Night Owls – There’s A Break In The Road

Placing a new spin on old favorites and classics when done properly always makes for something new, especially when those classics have sat in your box without being played for quite sometime. That’s where the Los Angeles collective known as Night Owls which features members of The Lions and The Aggrolites comes in to play. Their upcoming double-sider pays homage to a pair of tunes that have always struck a cord with us. Keeping in touch with the original versions, Night Owls add a nice Jamaican twist to funk things up a bit making them something new.

Part of F-Spot Records “Homage Series” Side A keeps the uptempo groove alive on the Betty Harris / Allen Toussaint classic “There’s A Break In The Road” featuring L.A’s own soul belter Afrodyete (Breakestra) on vocals. Side B is a more moody but uptempo dub-infused rendition of Marvin Gaye’s “Inner City Blues (Make Me Wanna Holler)” lead by Terin Ector (Orgone, Moswen, Soluzion) whose whirling vocals will keep you wanting more.