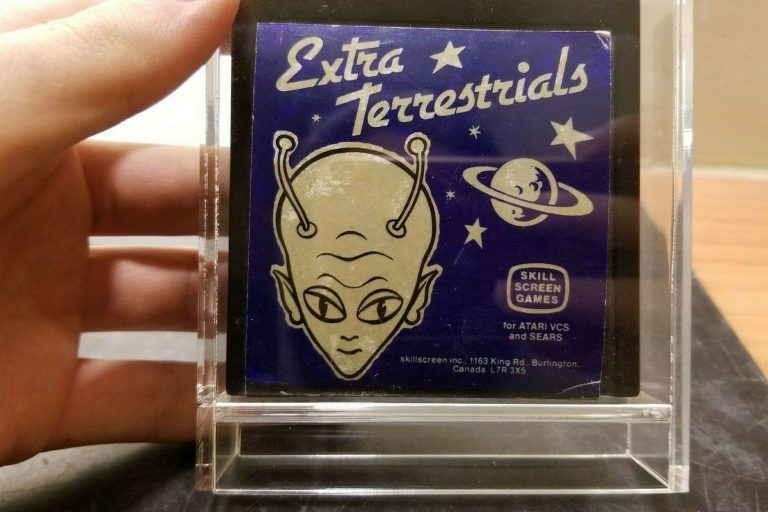 As a collector of many things, the term “never stop digging” is one that seems to fit in all circles and types of collectors who are just about into anything that you can name. At the end of the tunnel hopefully lies a holy grail of sorts which only a few will obtain which is the equivalent of finding the golden ticket in Willy Wonka’s chocolate bar. One of the holy grails in the video game world which has just been listed on eBay is the rare Canadian produced cartridge, “Extra Terrestrials” which was an E.T. knockoff capitalizing on the popular Spielberg film. With only approximately 100 cartridges ever made, there are 4 which are known to exist, most notably one that resides in Canada’s PC Museum and the second is the only one ever up for auction with a price tag of $90,000.

There’s a crazy backstory behind the game which you can view below in the clip of various news stories and interviews.