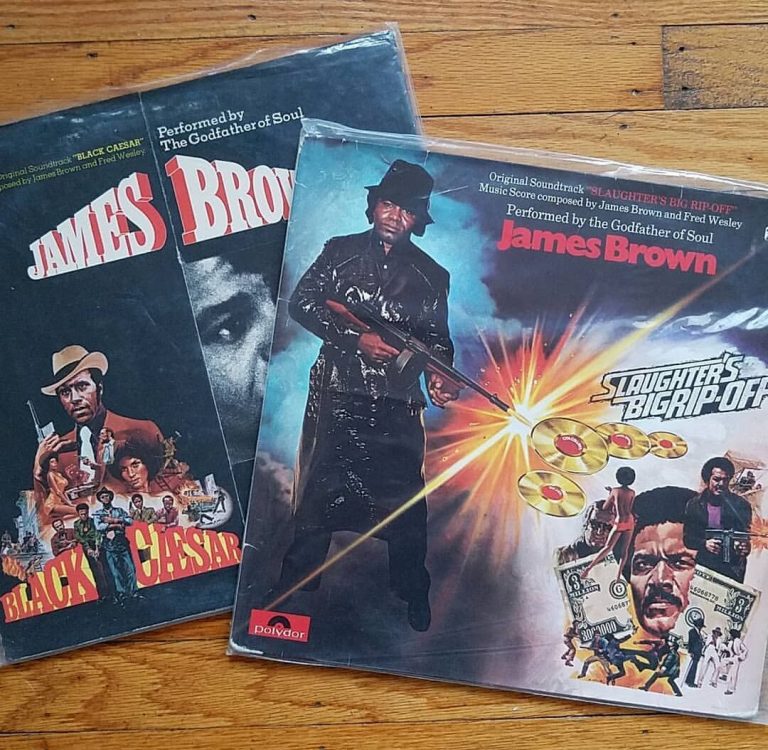 Revisiting two classic James Brown soundtracks which are high on the list of my favorite blaxploitation films both which star two leading men who made their debut in professional football then to film. Fred “The Hammer” Williamson as the Godfather of Harlem in “Black Caesar” and legendary Hall of Fame player, Jim Brown. James Brown performed on both albums and although there is no right or wrong answer on which is the better, people have their top pick on which the prefer more. Black Caesar seems to be more of a soundtrack with a connection to the film, Slaughter’s Big Rip Off seems to be more of a James Brown album but we’ll let you choose for yourself.