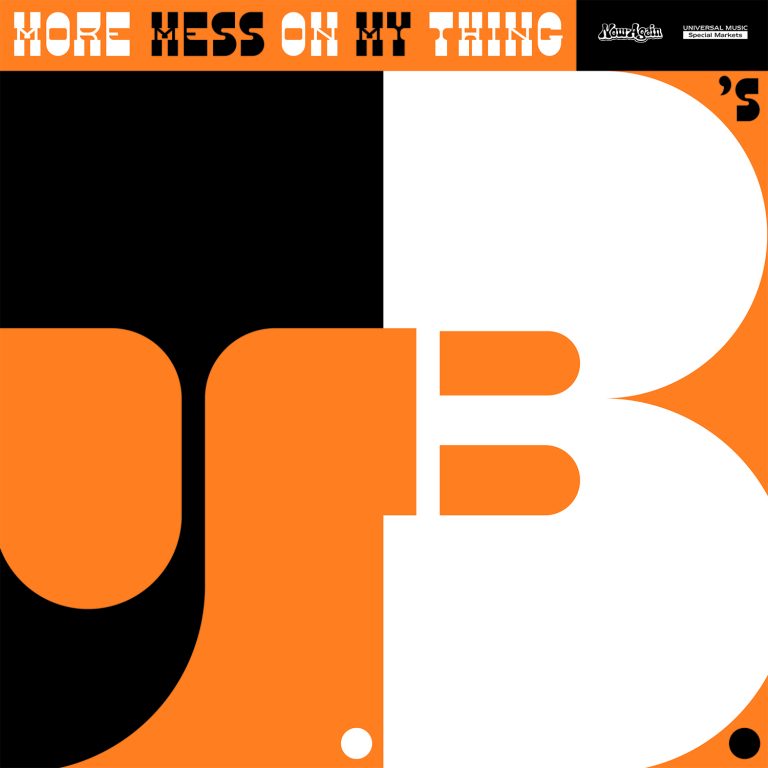 Back in 2014, Now-Again Records treated the world to a special Record Store Day recording from The J.B.’s “These Are The J.B.’s” LP which was a previously unreleased project recorded in 1971 that never made it’s way to press. For years, fans had heard about it but it wasn’t until that time that we got the full recording which of course blew many collectors and listeners minds. As with any new discoveries, we often wonder what else can possibly be out and the term never stop digging keeps us on the hunt which is obviously the case with this next release.

Once again courtesy of Now-Again Records who have done the homework, they will be releasing another Record Store Day treat for 2019 with the previously rumored but obviously true, release of The J.B.’s “More Mess On My Thing”, the demo Bootsy Collins and his band recorded for James Brown in 1969 that won them the title “The J.B.’s” – and changed the course of popular music. Also included is the complete version of “When You Feel It, Grunt If You Can,” presenting two never-issued songs in a 22-minute medley, and the unreleased instrumental “The Wedge.”

This is the companion piece to Now-Again’s first-ever issue of the lost J.B.’s album These Are The J.B.’s. All tracks mixed by Mario Caldato, directly from the original multi-track masters. Overseen by Egon and Universal Music Group’s in-house Brown expert Harry Weinger.