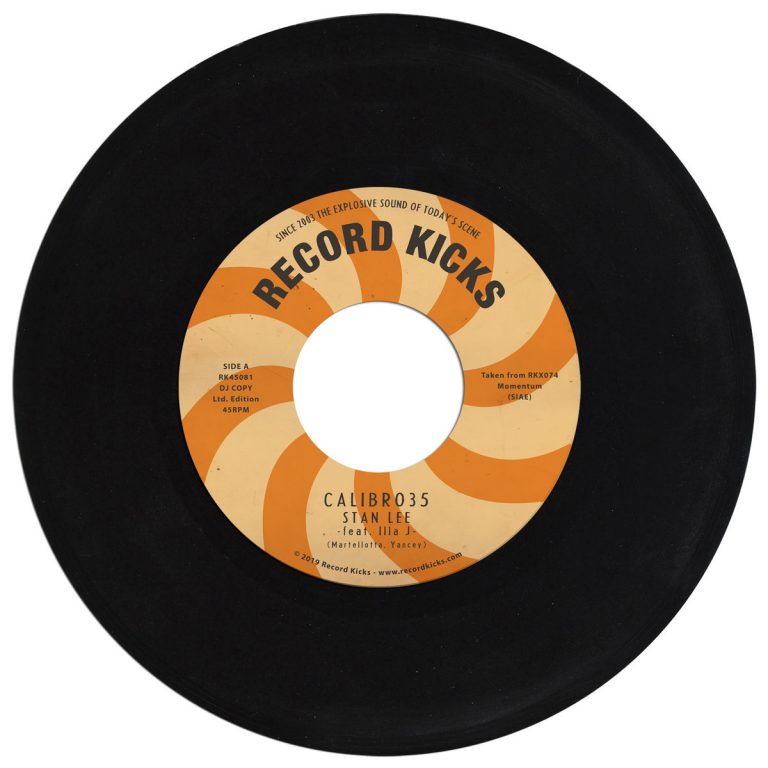 Some new works coming in from Milan’s Calibro 35 and marking the first single from their upcoming album “MOMENTUM” which surprisingly is the 7th full length in their catalog, time is really flying! The latest single, “Stan Lee” features none other than L.A. producer and MC, Illa J who delivers a dosage of lyrics over top of yet another fine Calibro 35 production.

“After years of only instrumental records”, says Tommaso Colliva “facing ourselves with someone who actually “says things” was not easy, but at the same time it was an incentive to look beyond everything we’ve done before. Illa J is a great musician. He has a way of doing rap that has strong roots in the past, in the golden age of the entire genres even if done in a totally contemporary way. After all, the first “subtitle” of Calibro was “Italian Golden Age Soundtracks”.