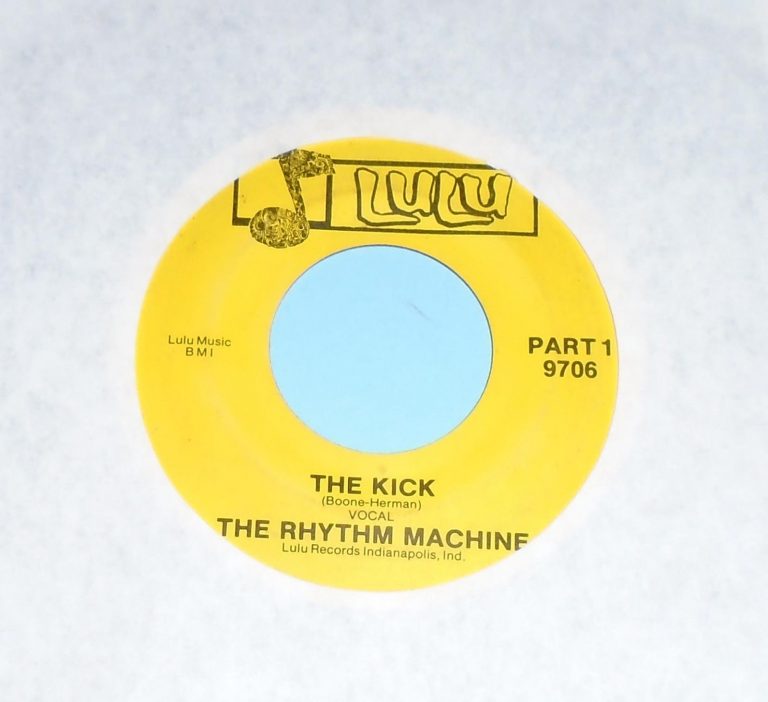 The Rhythm Machine – The Kick

This past weekend I spent about 5 hours at the Waxpaper Records Pop Up record show amongst a room full of both sellers and buyers and good music lovers. What’s special about attending shows or even brick and mortal locations is not only the fact that you’ll most likely buy something to add to your collection but the wealth of knowledge that there is to be attained in the process. The other thing that you just can’t have over social media is the face to face conversations about a partial record or artist with the ability to be able to geek out over something with another human being which is exactly what happed between the DJ / collector and Philly historian homie Froz1 and myself during my hour long set at the show.

There was one record in particular that I played which a conversation ensued and took up the duration of the single then continued by immediately flipping it over to play the b-side. That record of mention is The Rhythm Machine “The Kick”, a heavy horn driven, anti-drug funk gem that proposes getting rid of the pushers and drugs in favor of doing a new dance called “The Kick”. The b-side is an instrumental take and slightly different recording of the a-side and even more funky. The sound and arrangement of this tune is something that can’t be duplicated by bands today. It’s just feels so natural and unrehearsed while being one of the tightest horn sections I’ve ever heard and an absolute monster for the dance floor when played on a loud sound system.

The Rhythm Machine hails from Indiana and although lesser known than other bands with a similar aesthetic that have become more known, their tightly polished horn driven soul and funk show during in the mid 1970’s was one of the best. Their crowning moment in recording history and definitely a big collector piece on the market is their full length self-titled LP “Rhythm Machine”. If they have a sound that’s familiar to your ears then maybe that’s because you’re more familiar with their previous incarnation as The Highlighters. Either way, dig back through their catalog and get familiar if you’re not already in the know.