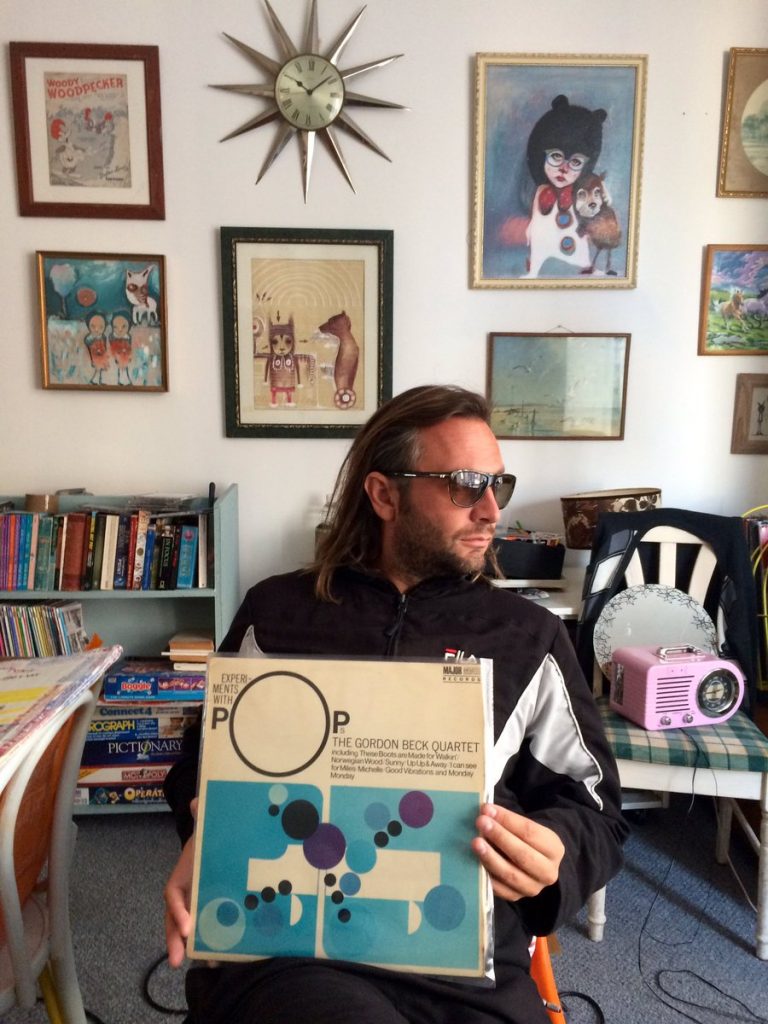 The Sounds of Greg Foat

British jazz pianist, composer and arranger Greg Foat has been one of my favorites after getting hipped to his Greg Foat Group 10″ EP back in 2011, then following things up with the full length “Dark is The Sun” the same year on Jazzman Records. Capturing the sounds of Jazz, funk and even ambient, with a heavy nod to soundtracks and library records, Greg Foat continued on over the years releasing quite a few projects both  as a group and solo as well as collaborative efforts. Fast forward to 2019 and his output hasn’t slowed down one bit. This year alone he has delivered four solid outings on the Athens of The North label which totally blew us away here at the office.

Starting out the year with “Saint Lawrence“, a project that came together under the Hampshire & Foat banner (and the fourth of their collaborations), the album was recorded live, with no overdubs, in two churches situated in Saint Lawrence on the south coast of the Isle of Wight, and mixed direct live onto a vintage stereo Nagra IV-S and AKG C24 Stereo microphone, every nuance of the performance is laid bare. Only the ambience of the room and the artists’ skill make the recording what it is.

The second release in 2019 “The Mage” which marks Greg’s 9th album joins the dots between the past and future of British jazz. Enlisting the talents of jazz/library/soundtrack legends Duncan Lamont, Art Themen, Ray Russell and Clark Tracey to collaborate with their modern contemporaries Greg Foat, Moses Boyd and Heliocentric’s drummer Malcolm Catto to create something undeniably British but outward looking and global. Greg’s compositions and arrangements showcase the old and new, downtempo folkscapes, free jazz with notes of hip-hop and soul from the young team flavouring the mix.

Pulling into the 3rd quarter of 2019 with another collaboration, this time aligning himself with James Thorpe as they release “Photosynthesis” which serves as part two of in a series of records that Athens of The North has dedicated to the world of library. This new LP was recorded in the old Bees Studio on the Isle of Wight earlier this year,a special, different piece of work which I was delighted to receive on ¼ inch tape without warning.

Closing out 2019, Greg Foat delivers a monster with “The Dreaming Jewels” which was recorded at Malcom Catto’s legendary analogue studio! Malcolm’s skill using this vintage equipment, very few people can achieve such an incredibly big sound. Moving to a more rhythmic space, you could call it Jazz funk or Fusion, but labels suck so just listen and appreciate the pure sense of space Malcom achieves with this recording. Instruments float in space, aided by the Vintage EMI desk and a host of valve equipment which has taken Malcolm a lifetime to collect. In amongst the more rhythmic pieces we also have some classic Foat style compositions; ‘Lake Kussharo’ and ‘The Dreaming Jewels’ as emotive and personal as ever, a feeling that can only be expressed and articulated in music.

2019 was a solid year for some great music from some of our favorite artists and musicians and Greg Foat did not disappoint in filling our ears with a heavy rotation of sounds and moods.