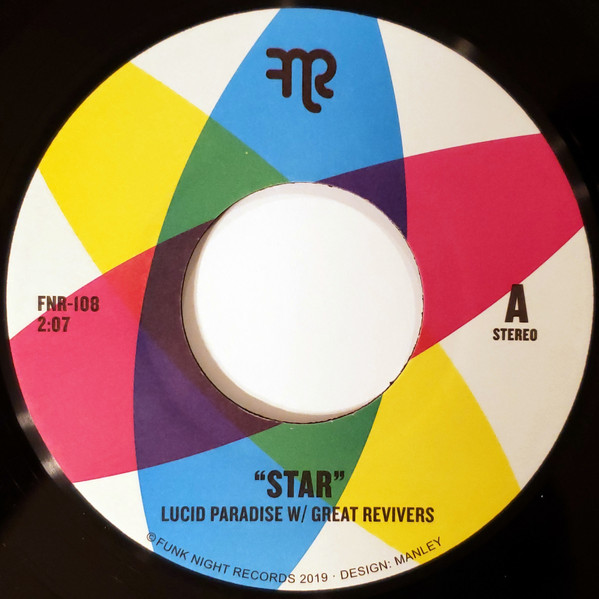 In 2019, independent labels once again ruled with a fresh new take on artists and releases giving the public something more to add into their rotations that majors failed to deliver which is diversity in sound. One of the labels that quite honestly has been going strong for quite sometime now is Detroit’s Funk Night ran by Frank Raines. Over the years, FNR has been known for releasing some of the roughest deep funk 45’s that made their rounds on the dance floor as well into DJ’s play boxes but over the last few years, they’ve expanded their sound to cover more territory in a way that no other label has done. Let’s face it, having a label owner with an open ear, that’s a DJ and good music lover first and foremost is a recipe for success when it comes to knowing what works.

In 2019 their sound has continued to grow to include their usual dosage of funk while adding Jazz, Psych, Library and Electronic notes from artists across the globe to the discography. From Estonia to Switzerland, the U.K. to Germany, the Bay Area to Philly with all dots connecting via Detroit, it’s safe to say that they’ve got all bases covered. Without a doubt, a standout name this year is of course Misha Panfilov who seemed to be everywhere with varying styles and sound who surely should get the #1 composer of the year award. His output of Jazz, library and Electronic LP’s and singles has played a major part in our creativity while here working in the office. Will Sessions featuring Rickey Calloway “That’s On You” was our theme song this year and delivered a cinematic “blaxploitation’esque” sound which made it’s way into our club sets world wide.

Switzerland’s Kind & Kinky Zoo is another that we’ve been following for quite sometime who made waves with their single “Sakura Chan“. One thing that came as a surprise to us but really shouldn’t knowing how the label operates was the collaboration between Russia’s The Great Revivers and Lucid Paradise who delivered a handful of singles with “Star” being a standout cut for us in our sets. A record that I’m extremely proud about was the sellout single from Phillly’s Grimace Federation who delivered a Psych double-sider to the label which I helped to orchestrate. After hearing the demo, I knew that FNR would be the perfect fit and I wasn’t wrong. Their 45 “Dotsero” will surely be a future dig for those who slept on it or just didn’t have the ear at the moment of release.

Filling in the gaps of other releases for the year, the label kicked things off early with the Shawn Lee & Misha Panfilov “Mic Wallace“, a pair of The M-Tet singles including the sought after “Ray Ban Pt. 2” which caught on like wildfire and The King Rooster and Gillespie & Co. making the playlist complete.

Closing things out for the decade, they’ve released 3 new singles bringing things full circle in the funk and jazz-funk spectrum from The Vicious Seeds “Get High Sofa“, Stick Cats “Don’t Drive The Geese” Weizenberg Group “Kÿllār / Kålt” and Joe Baer Magnant & The Ready “Honey Stung“. If you’ve missed out on anything from the label, we highly suggest you go back and give things another listen and make purchases accordingly!