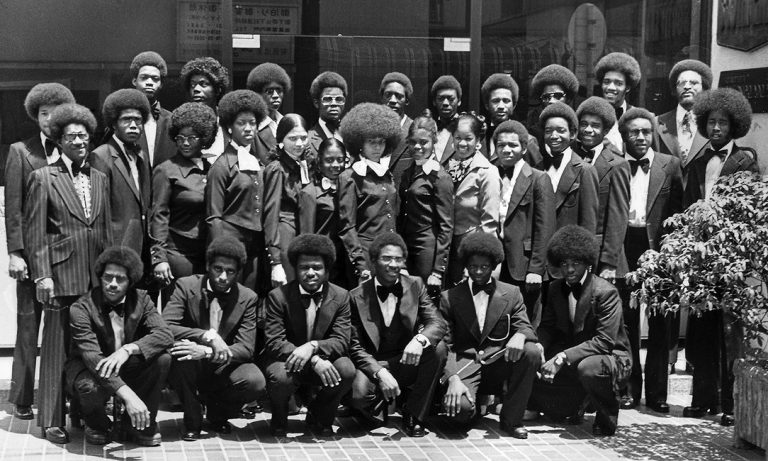 5 Things We Miss About Music

Music just like any other art is constantly changing while staying the same in the sense that it’s still always about emotions, rhythm, vibes, drums, heart and soul. But there’s some things that aren’t as prevalent as they once were in the music industry that used to exist during the 1960’s, 70’s and 80’s that seemed to make things more unique in style and sound. And although nothing is concrete and we can still find elements and traces of what was once more relevant, there’s still something that we really miss about the music and the artists that made it.

High School Marching Bands – What happened to the era high school marching bands? Well let’s see, for starters they took the arts out of public schools which totally f*cked up chances for most kids to learn how to play an instrument, gather with other kids which eventually led to starting bands outside of school, some that would eventually sign record deals and become future digs for us record collectors.

Religious Beliefs – There have been so many albums that I have collected from my travels across the globe that had heavy religious or Afrocentric tones which obviously influenced the output of the album heavily. From German Christian Rock with heavy drum breaks to Spiritual Jazz to take you far out, it didn’t matter if you were a follower of Jesus Christ, believer in the Allah or Afrocentric, if your shit was funky, it was funky!

Multi-cultural Bands – We’ve all bought records based on the cover and let’s be honest, if we saw a cover with a primarily Black band with one White guy on keys and an Asian cat with a horn, chances are you bought the record in search of the rare groove or sample material. That was most of our initial blueprints into digging outside of the basic Jazz records that became famous because of samples and made us dig a bit deeper. Seeing Psych record covers on the opposite end of the spectrum with a primarily White band and the one Black guy on drums to send us into another direction but still something we needed to needle drop.

Prison and Military Bands – Either way you look at it, being in prison or the military is like being in the can. Both are met by a set of rules that you have to abide by from some overseer in power telling you when to eat, when to shit and when you can come and go. But regardless of the circumstances, free time is valuable and there’s no denying that both prison and military bands turned out some of the best shit ever!

Pure Honesty and Talent – Let’s be honest, honesty of the music is not what it once was. There’s more artists trying to “live the life” and live up to the financial standards of others than ever before and most of them are trash. It’s become about image more than talent especially in the popular music fields. A lot of what’s come out in recent times has been based on hype and many of the artists, especially in rap that I hoped would drop albums that would become future classics have fallen short. It’s gotten much harder for me to even enjoy a lot of the music thats out there these days, yet Funk, Soul and Jazz continues to be a mainstay in my daily rotations and listening. I’m finding artists who are legit bands, producers, composers and writers are turning out some of the most honest and pure creations without the fluff attached these days.