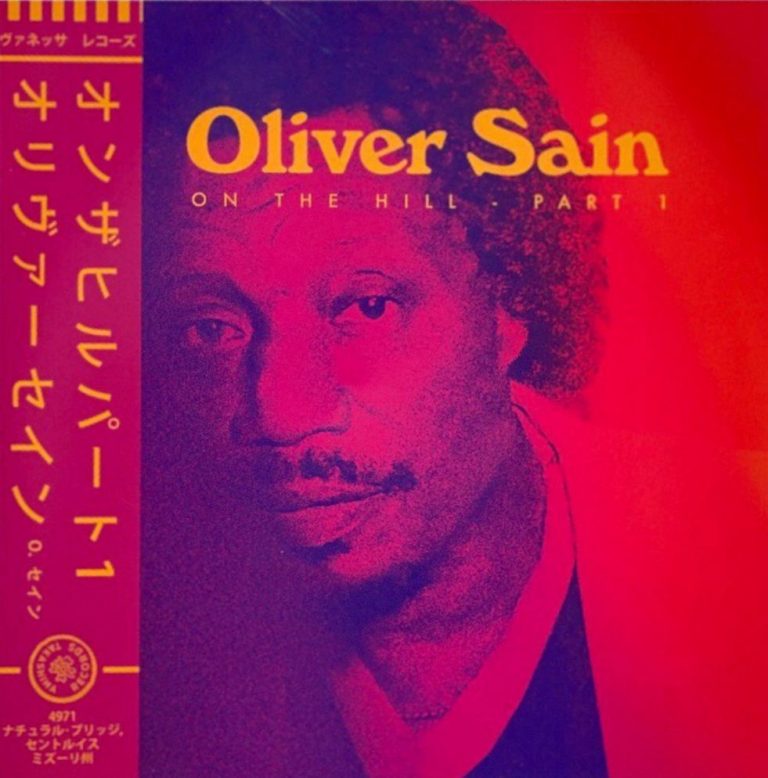 Oliver Sain – On The Hill

I’m usually great at keeping things quiet and every once in a while it eats at me to not do a review of a record after having it for months before it’s release but once the day does finally come and the cats out of the bag, its all systems go! For the last few months and prior the the pandemic, I’ve been playing a nice test pressing of the upcoming Oliver Sain “On The Hill” b/w “St. Louis Breakdown” reissue which sounds amazing on a sound system and giving my worn out copy a break. This highly sought after release comes courtesy of Takashima Records who took great pride in representing this St. Louis legend in a very classic style with beautiful picture sleeve complete with OBI.

For those of you deep in the know as well as those not familiar with the title On The Hill, you’ve surely heard the very recognizable sample used by the legendary Diggin In The Crates crew for the “Day One” 12″ which circulated heavily on mixtapes during it’s release and still regarded as a classic. The track can be found on Oliver’s 1972 debut album “Main Man” which is definitely a most own crate essential and especially needed if you’ve had trouble tracking down the often elusive 45.

The flip side features another raw funk gem with St. Louis Breakdown which has always been a favorite spin on the funk & soul party scene and finds Oliver delivering lyrics smoothly across while throwing out shouts to the funkiest cities in America encouraging them to do the breakdown. How can you go wrong that!?

With inception of Takashima Records which began in 2019 as both a vinyl & cocktail lounge and independent record label, you can assure that they’ll be releasing choice regional label tunes from the area the deserve to get a second spin and find their way into crates worldwide. The debut 7″ release from Oliver Sain will be available for pre-order this Thursday at https://www.takashimarecords.com with a pressing of 500 gold foil stamped and numbered edition and an additional 100 with black labels on gold vinyl.