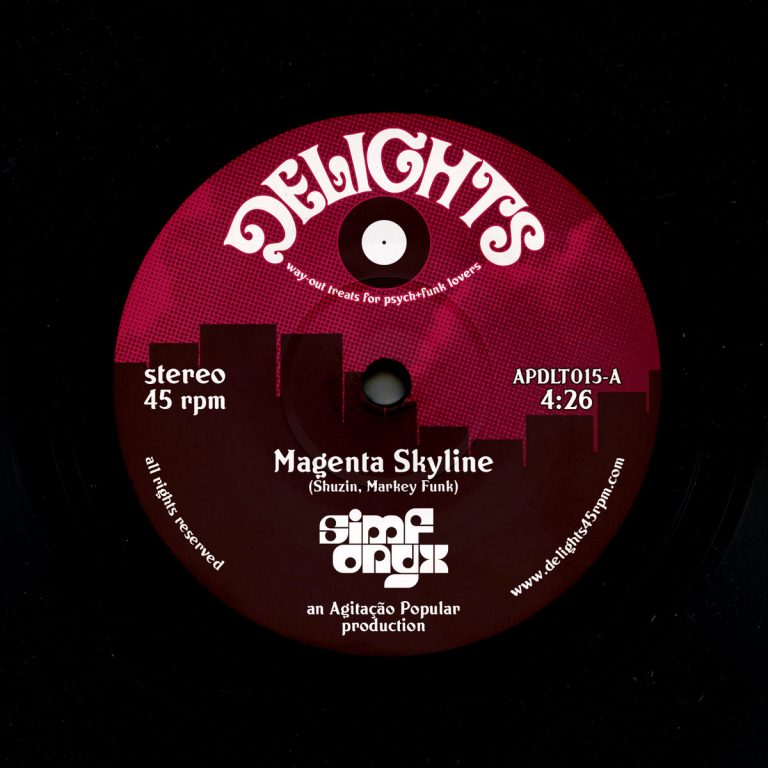 It’s feels like it’s been quite sometime since the the last release from the Delights label but surprisingly it’s only been a few months. But I guess that’s what happens when you’re in the middle of a pandemic and all sense of time gets lost. With that being said, they’re back and ready to drop another gem that fits perfectly in line with what we’ve come to love from them.

The upcoming release is the first studio collaboration between the label’s head honcho, Markey Funk, and Haifa’s man of a thousand hats – Shuzin. Despite many years of friendship and occasional musical endeavours, the two producers have managed to hit the studio together only very recently – and came out of the COVID-19 lockdown as SimfOnyx, with a contrast shower of two cinematic cuts.

The slow and melancholic “Magenta Skyline” offers a haunting window seat view – as seen on an evening train ride between Jerusalem and Haifa. Blasting off with a heavy synth-fuzz-bass riff, the flipside “The Unresolved” rolls out as a monster chase theme from a worn-out horror VHS.