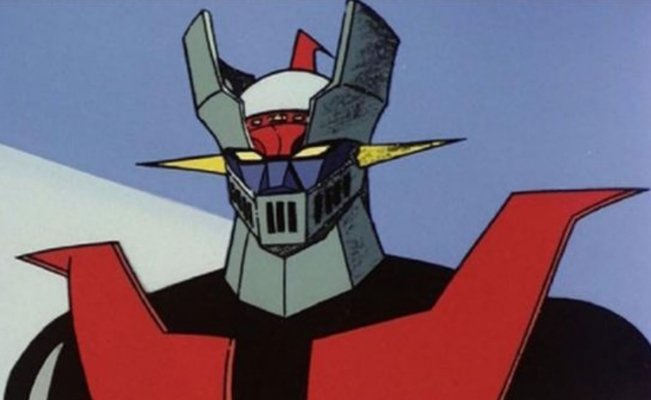 The Legend of Mazinger Z

As a kid growing up, my first introduction to giant robots from Japan (or Jumbo Machinders as the commonly referred as) came by way of the Shogun Warriors toy line in 1977 and around that same time I had started getting a glimpse of these robots on local UHF TV stations. The characters consisted of Mazinger Z, Raydeen, Gaiking and Dragun with Mazinger Z being the most popular and first created in Manga form and first published in 1972.

Mazinger Z (Japanese: マジンガーZ, Hepburn: Majingā Zetto, known briefly as Tranzor Z in the United States) is a Japanese super robot manga series written and illustrated by Go Nagai. The first manga version was serialized in Shueisha’s Weekly Shōnen Jump, and it later continued in Kodansha TV Magazine. It was adapted into an anime television series which aired on Fuji TV from December 1972 to September 1974. A second manga series was released alongside the TV show, this one drawn by Gosaku Ota, which started and ended almost at the same time as the TV show. Mazinger Z has spawned several sequels and spinoff series, among them being Great Mazinger, UFO Robot Grendizer and Mazinkaiser.

Mazinger Z is an enormous super robot, constructed with a fictitious metal called Super-Alloy Z (超合金Z, Chōgokin Zetto), which is forged from a new element (Japanium) mined from a reservoir found only in the sediment of Mt. Fuji, in Japan. The mecha was built by Professor Juzo Kabuto as a secret weapon against the forces of evil, represented in the series by the Mechanical Beasts of Dr. Hell. The latter was the German member of a Japanese archeological team, which discovered ruins of a lost pre-Grecian civilization on an island named Bardos, the Mycéne Empire. One of their findings was that the Mycene used an army of steel titans about 20 meters in height. Finding prototypes of those titans underground which could be remote-controlled and realizing their immense power on the battlefield, Dr. Hell goes insane and has all the other scientists of his research team killed except for Professor Kabuto, who manages to escape. The lone survivor goes back to Japan and attempts to warn the world of its imminent danger. Meanwhile, Dr. Hell establishes his headquarters on a mobile island, forms the new Underground Empire, and plans to use the Mechanical Monsters to become the new ruler of the world. To counter this, Kabuto constructs Mazinger Z and manages to finish it just before being killed by a bomb planted by Hell’s right-hand person, Baron Ashura, a half-man, half-woman. As he lays dying, he manages to inform his grandson Kouji Kabuto about the robot and its use. Kouji becomes the robot’s pilot, and from that point on battles both the continuous mechanical monsters, and the sinister henchmen sent by Doctor Hell.