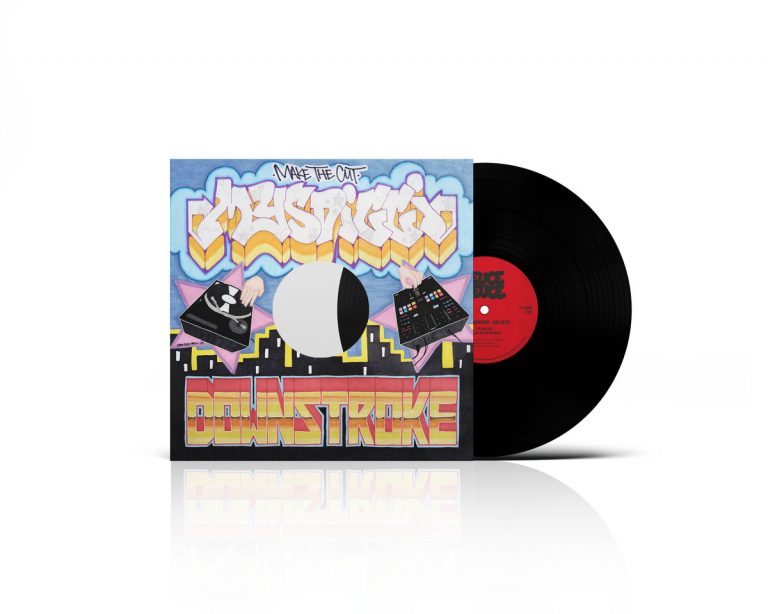 I’m always in support of and applaud those who put their best foot forward to set up shop and start record labels. It’s not an easy task, but somebody’s gotta do it and when you’ve got the resources, the ear and the talent to help build, then there’s no reason not too. The newly launched Deuce Deuce Records out of Worthing, UK is already off to a great start with their debut 12″ from MysDiggi & Downstroke and definitely deserves your immediate attention.

Keeping a true school tradition on the approach with the beats and rhymes, MysDiggi drops his signature vocals and flow which sounds amazing and creates the same feeling for us as did his previously released 7″ “I Know You Got Sole”. Crisp, clean and flavorful with the delivery which shows why he’s still regarded as a top choice MC. Rounding out the production, Downstroke flips and bounces the breaks and samples to connect two eras of Hip Hop that should appeal to both lovers of 80’s and 90’s production. Add the crazy vocal soundbites, sharp cuts and scratches (something that’s been missing in a lot of rap these days) and we’ve got one helluva 12″! You can usually find me in the DJ booth but I think if I were to drop this in a crowd filled club right now, I’d have to jump over the decks and hit the dance floor myself.

If this is what we’re to expect from Deuce Deuce Records in the future, then our ears are wide open!