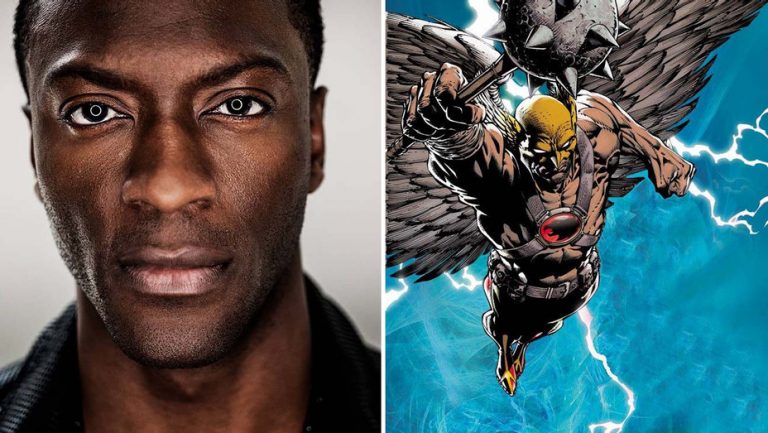 In other comic movie news, Aldi Hodge is set to play Hawkman in the new Black Adam movie from DC. Aldis Hodge, who starred in City on the Hill and appeared in this year’s remake of The Invisible Man, has nabbed the high-flying role of Hawkman in Black Adam and is now in final negotiations to join New Line’s action-adventure thriller featuring the DC Comics antihero starring Dwayne Johnson.

Directed by Jaume Collet-Serra, the story centers on the character who was first created as Shazam’s archnemesis, back when the that squinty-eyed hero was named Captain Marvel, but evolved into a more layered individual. An enticing factor for fans is the introduction in Black Adam of the Justice Society of America, a multigenerational group that preceded the Justice League. Characters Atom Smasher (to be played by Noah Centineo), as well as Doctor Fate and Cyclone, who have yet to be cast, will figure into the story.

Hawkman, who first appeared in 1940’s Flash Comics No. 1, is one of a pair of lovers from Ancient Egypt destined to constantly be reincarnated throughout time and space, with many rebirths leading to an emergence as a hawk-themed hero using both giant wings and an alien element called “nth metal,” which negates gravity and allows him to fly. In contemporary times, he’s Carter Hall, an archaeologist turned adventurer who struggles with anger issues — and his ability to control a mace.