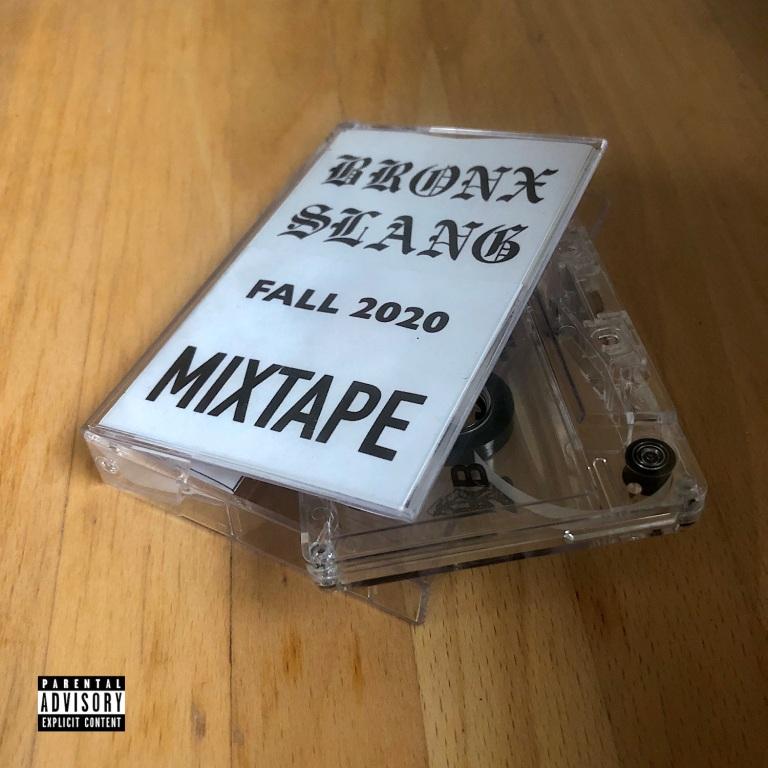 A perfectly fitting entry for #TapeTuesday coming in from the homies Bronx Slang with their “The Bronx Kill” mixtape delivering exactly what we need right now especially with the state of emergency of much needed quality Hip Hop. Beats, rhymes and that ill vibe shit that hits us with the head nod…. Bronx Slang!

“This is our broadcast, our publication – the information never stops”

In times when shit has never hit the fan harder, Bronx Slang return to perfect their eyewitness reports for when the world slides off its axis. Jerry Beeks and Ollie Miggs take to their box seats for today’s global cocktail of disease, violence, prejudice, greed and the players caught in the crosshairs, across 19 minutes of appetizers ripe for rewinding.

Once again set up by two funky-assed ringers in UK producers Jadell and Fake Blood, running ill street blues plucked straight off the sidewalk (as well as the Batman theme), ‘The Bronx Kill’ is a mixtape –“or consider it a long single” – to let people know “we right there on the frontlines with ‘em, for real”. With no time to waste, their name-checking and militant-casual NYC delivery instantly refuels the fire from last year’s self-titled debut album.