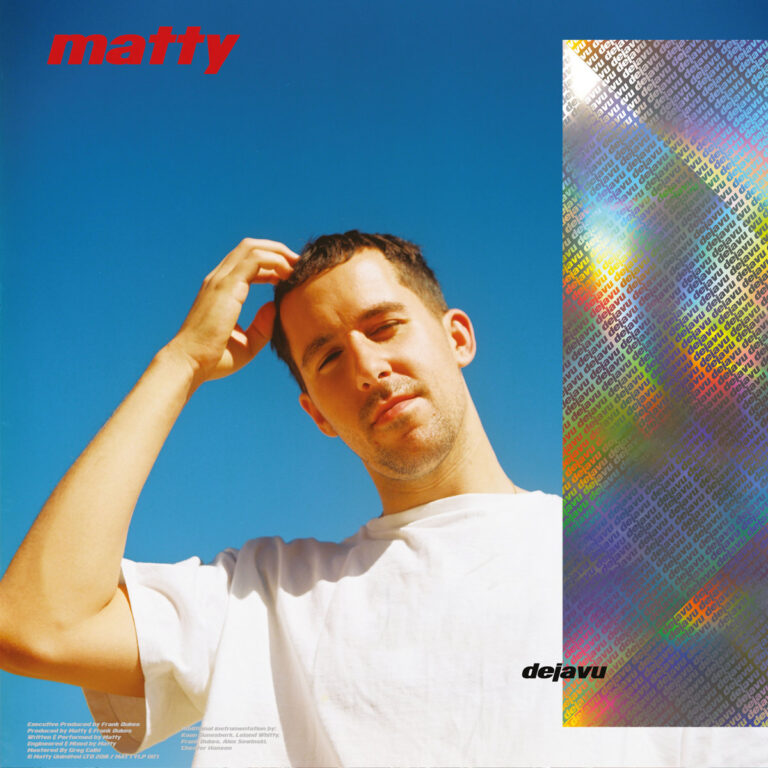 Déjávu is the debut solo album from Matthew Tavares, aka Matty and it’s one hell of an introduction that will surely capture ears. Originally released in 2018 as a digital only release, it now sees the physical release it rightly deserves. Producers by one of our favorites on the scene and his long time friend, Frank Dukes who has established himself as a go to producers / songwriter within the industry. Déjávu emerged during period of rest for Matthew after heavy touring schedules with his former band, BADBADNOTGOOD.

As with many of the most fertile creative minds, continual reinvention leads to exploration of new sounds and styles. Déjávu sees a departure from the jazz of BADBADNOTGOOD and a move into a more song based storybook, with Matthew stepping up to the plate as a lead-vocalist. As Matthew explains, “I’ve always worked on my own stuff outside of BADBAD, and I’ve made music that sounds like this since I was 16. But when BADBAD started taking off, it was like “Ok, I can’t really make rock-y songwriter music anymore”. The inspiration for the album came after revisiting old favorites and classics such as The Zombies, The Beatles, shoegaze, and Krautrock records. It was also made in a difficult and reflective period in Matthew’s life with each song being a vignette to an individual. “I wrote each song about someone specifically, but then I realized very quickly afterwards that every song is about myself”.

After the first moment of placing the needle down, you will instantly fall in love with the entire album. It places you in a very dreamy state of comfort and beauty as your ears explore the sounds to almost put you in a trance which removes you from the rest of the world.