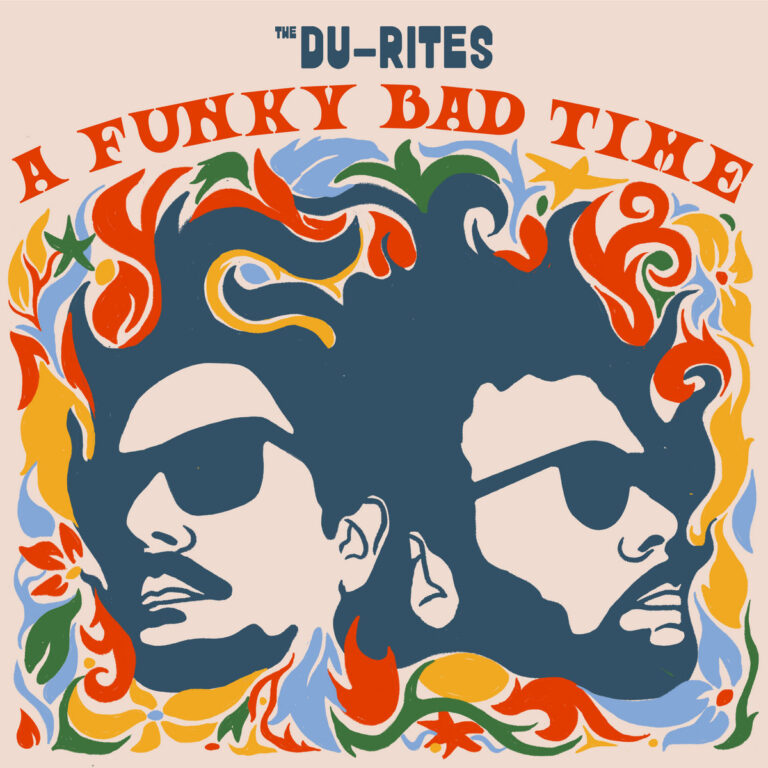 The Du-Rites – A Funky Bad Time

It there’s one thing that 2020 has taught us on the musical side of things is that even though there is a pandemic going on, if you’re an artists, you have to either push on and record new works or get sucked into the abyss of forgotteness. Going into the troubled waters of COVID, the first thing I stressed was that this is the reset point where everyone is on the same playing field, from the heavyweight industry types to the bedroom producers and we’re all figuring it out at the same time. The second thing I stressed was that throughout history during any socially and politically hard times, the most amazing art and music was created which gave us a lot of hope. With the end of 2020 coming to a close, we’ve all had chance to bear witness to who made good use of their time and created and who didn’t. The Du-Rites though, they did that and then some!

Recently releasing their fifth album “A Funky Bad Time”, J-Zone and Pablo Martin continued to push on and deliver an album that is as solid and funky as we would expect. At first listen, you’ll instantly notice the growth of the duo and how the album comes together as a tight knit and woven masterpiece that only they could’ve created. But that’s to be expected when hard times call for drastic measures which sent both Jay and Pablo to the confines of their home studios to put together a relentlessly funky, dark and nasty album, channeling the sting of a world in chaos and maintaining their own sanity through its creation.  A Funky Bad Time by default becomes the most unique and focused release in the band’s catalog; a product of unprecedented times, set to an otherworldly backdrop their four prior releases just didn’t have.

In short, this is what the doctor ordered. A perfect way to close out the year and hopefully begin a much better 2021 and we’re on board and ready to ride with The Du-Rites until the wheels fall off.