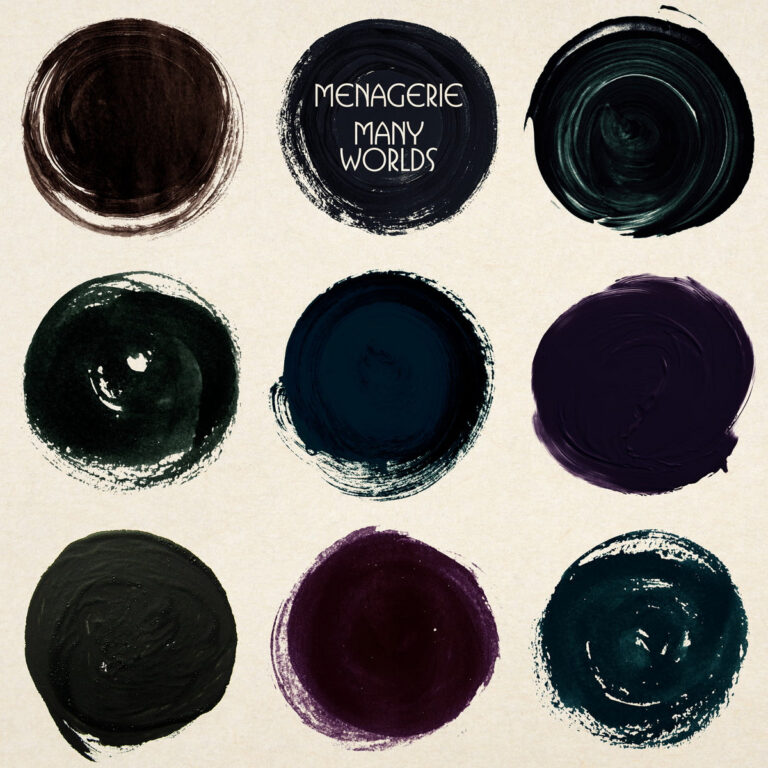 Australian 9-piece Spiritual Jazz group Menagerie announce their highly anticipated third album and it’s surely one that takes the band to another level and fans will truly love it! The Melbourne-based Jazz ensemble founded by producer, songwriter, guitarist, DJ and recording artist Lance Ferguson who is also the driving force behind The Bamboos, Lanu, Rare Groove Spectrum and Machines Always Win really shines.

Recorded at Union Street Studio by award-winning engineer John Castle, ‘Many Worlds’ features some of Australia’s finest musicians, including pianist Mark Fitzgibbon (a regular performer at Gilles Peterson and Patrick Forge’s original Dingwalls sessions), drummer Daniel Farrugia and renowned saxophonist Phil Noy (The Bamboos).
Inspired by both the post-Coltrane generation of the 70’s, labels like Strata-East, Impulse! and Tribe, along with the current ‘New Wave Of Jazz’, Menagerie aligns with the world of Kamasi Washington, Shabaka Hutchings and Nubya Garcia, whilst also bringing their own unique twist.

The lead single ‘Free Thing’ leans heavily into the spiritual side of the band’s sound. The hypnotic spoken word-poem is evocative of The Last Poets, an earthy yet futuristic meditation on the universal theme of freedom itself, set to a backdrop of insistent percussion, double bass and brooding piano voicings.

‘Hope’ carries forward the sound of spiritual jazz into the 21st century, with its epic vocal harmonies and melodic fanfare, it is an uplifting anthem for this period of global worldwide upheaval and uncertainty.
The title track ‘Many Worlds’ is a perfect example of how Menagerie incorporates their myriad influences, but manage to create a sound that feels uncannily fresh and contemporary. Book-ended by ambient, ethereal sections, the slow-burning groove builds over its 11-minute duration to create a standout crossover track.