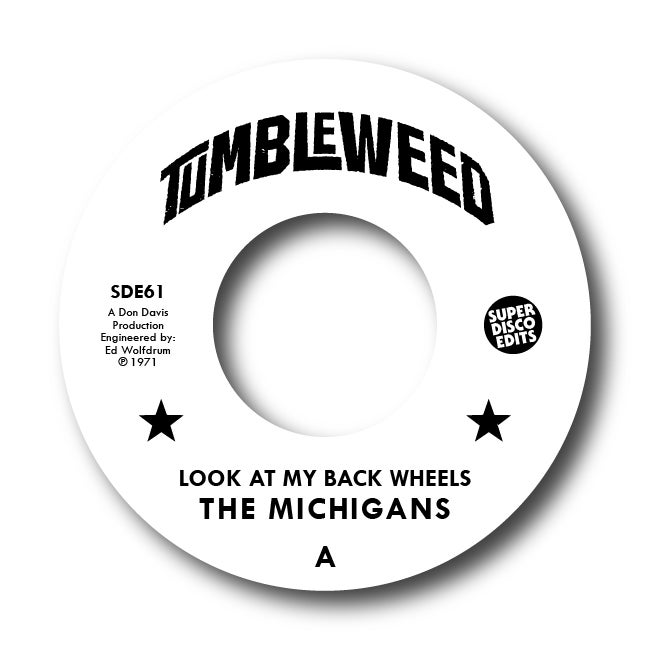 The Michigans – Look At My Back Wheels

Super Disco Edits is kicking off 2022 the same way they ended the previous year, STRONG! We’re not even a week in and they’ve already announced a heavy dosage of a funk 45 that’s raw and funky, just the way we like it.

Well as you know we like to mix things up here at Super Disco Edits, and we are taking it back to raw unissued studio funk with a slightly risqué message. We don’t know too much about The Michigans, but it comes from the Don Davis studios, engineered by the legendary and recently departed Ed Wolfdrum. What you get on “Look At My Back Wheels” is raw blue eyed funk with a Hip Hop producers dream. Some ripe open drums and a stab to cut up chop. Not only that half way through the song drives along with a motoring baseline over the drums. Flip it over and an equally as nice down blues style soul song called “Its All Coming Back” that sounds like its could have been Ocean Colour Scene or a except from Chicago Porty Authority!

Hit the link for the sound clip! https://superdiscoedits.bigcartel.com