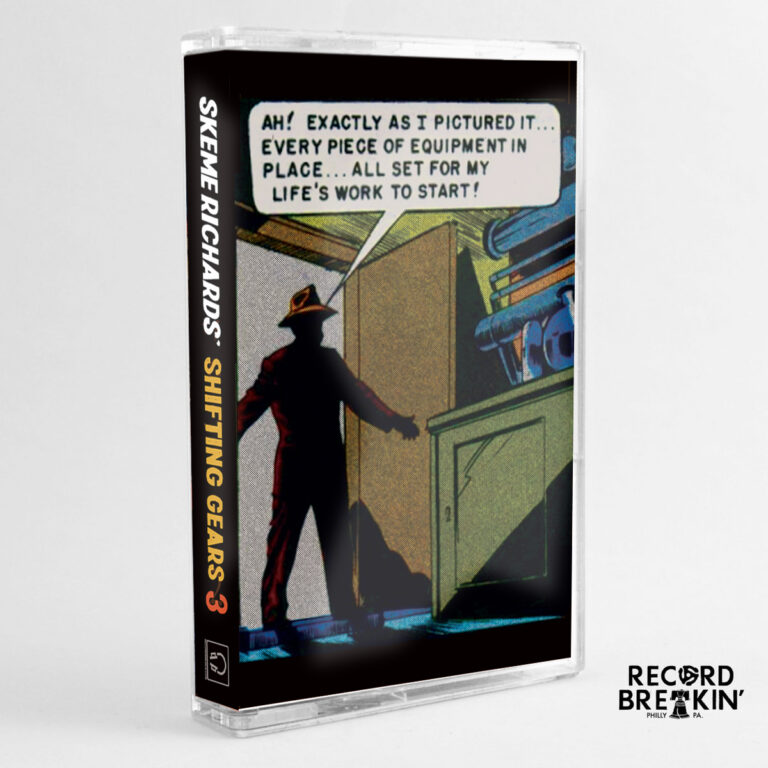 The last two years during the played an important role for many artists including myself who were no longer able to travel and perform for an audience.  While some took to streaming their shows online, I locked myself in the lab to create a handful of projects for physical releases including the long awaited volume Shifting Gears III which focuses on rare gems from my collection. The original volume was released in 2015 and was chocked full of rare breaks and samples pulled directly from original pressing 45’s. Volume II which was released in 2018 followed the same theme but this time utilized both original 45’s and LP’s as the source material.

They say that everything happens in three’s and even though it’s been 7 years since the first tape, not being able to travel these last two years made it possible to finally complete the third installment which carries on tradition of what the original sample tape kings like DJ Euro, Soulman, The Conmen (Supreme La Rock & Jake One) and DJ Shame to name a few began back in the 90’s. From the rare and obscure to the recent and under the radar that will become the future digs for the next generation, volume 3 is another sure shot that will hopefully keep you on your toes and make you dig deeper.

As with previous tapes, Shifting Gears III was once again recorded the original way of doing these tapes types of mixes, direct to 4 track, then mixed down to a master tape and then dubbed for optimal freshness.  Peel the shrink, drop it in your deck, press play then happy hunting as you dig for yours!

Hit the link for the Nostalgia King shop to cop the new tape.