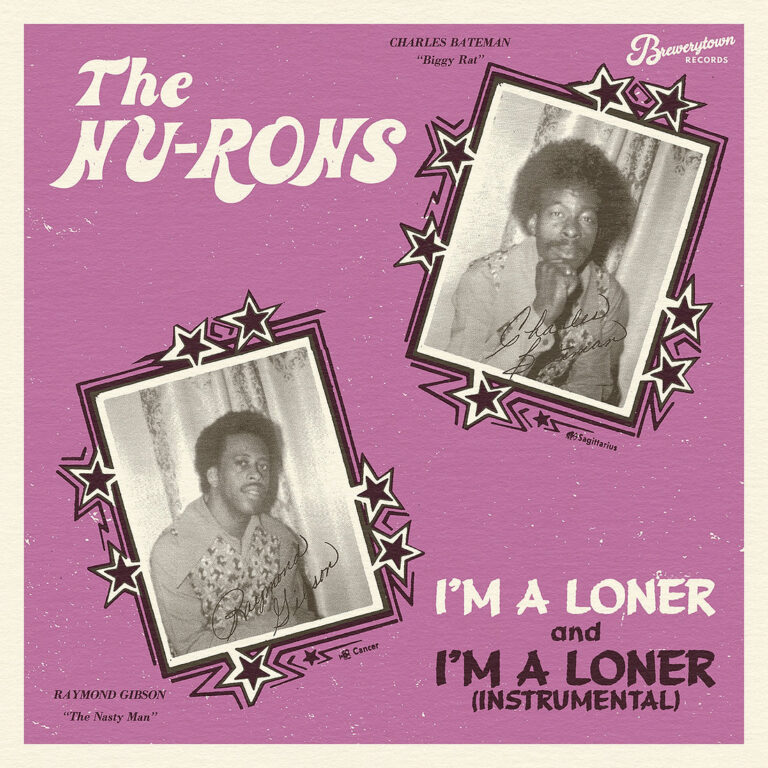 Philly’s own Brewerytown Beats has been hard a work to preserve local Philly labels and artists while doing a great job at reissuing some insanely rare 45’s that deserve to finally get a second chance at rotation. They’re latest that they’ve been working on for quite sometime now is a solid pair and 4 sides by The Nu-Rons single featuring “I’m A Longer” and “All My Life” originally self released on Nu-Ron.

Recorded October 27th, 1970 at famed Philadelphia studio Sigma Sound and released in 1971, the songs were produced by Emanuel Campbell Jr. & Charles Bowen and have been lovingly mixed from the original 16 track multi’s – Mixed how he “would have mixed MFSB (the backing band) in 1970”, by engineer Tom Moulton, then lovingly mastered by Peter Humphries of MasterWorks. This would have been the original team working on these tracks back in the 70’s, both are legendary in the Philadelphia soul music.

The Nu-Ron’s – I’m A Loner / I’m A Loner (Instrumental) (PROMO) Limited to 250 copies.  Comes with the never before heard Instrumental B-Side – the song mixed to perfection by Tom Moulton.

Available for pre-order at https://www.brewerytownbeats.com