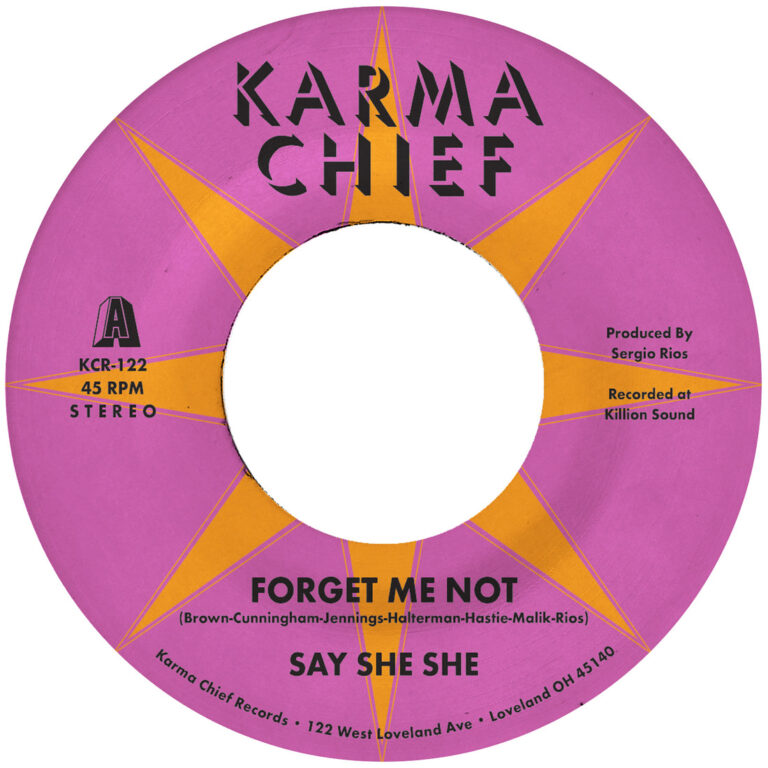 Say She She – Forget Me Not / Blow My Mind

Something new from the Colemine Records camp on their Karma Chief subsidiary label and a debut that hits the spot right at the first needle drop.

Say She She’s debut 45 features “Forget Me Not,” an homage to New York City’s Guerilla Girls and to all the women’s rights and protest movements who have paved the way for change. Doused in the funkiest rhythm section and bursting at the seams with harmonies, the song is a psychedelic siren’s call to disrupt and dismantle male dominated spaces.

“Blow My Mind” is the fiery and seductive B-side. A song about returning to reignite the fire of a former flame you still carry the torch for – even after all these years. The impassioned and sultry cries “Mayday in my heyday, crying out for you to save me!” teeter between youthful yearning and blazing independence. Let the dreamscape bridges guide you to climactic hindi riffs, accented with operatic cries that will lift you yonder.

A great double-sider debut and hard to pick a favorite but the b-side wins again by a nudge. Available now via Colemine Records.