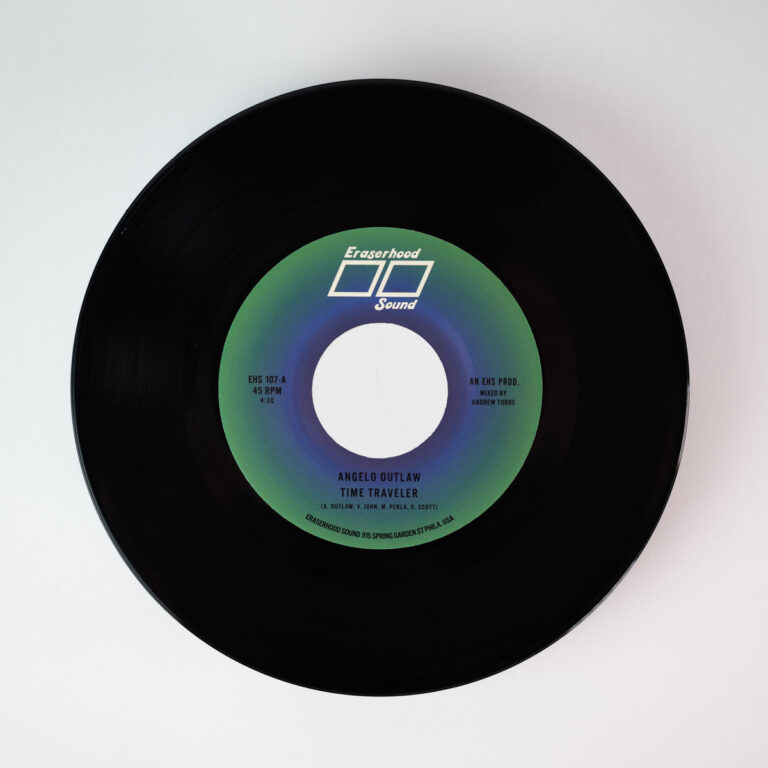 Nothing makes me more excited than releases coming out of my own city that I actually love especially when those types of records are usually produced by international bands that always had me wondering why can’t Philly musicians create the same type of magic. Since being introduced to Eraserhood Sound sometime ago, they’ve been in the rankings for one of the best labels around and pound for pound quality releases that revival any label at this point in time. And with the variety of artists that they’ve worked with, it shows that they know what they’re doing and are shooting for longevity in the business. The latest 45 that’s soon to be released keeps things in the family and comes from another Philadelphian, Angelo Outlaw a vibraphonist that’s absolutely amazing in every way.

Angelo Outlaw has spent several decades perfecting his craft of mallet percussion. His unique style on vibraphone and marimba can at present only be described as dazzling. His musical endeavors have taken him across the country, as he has lived in Nashville doing session work and playing for marching groups in addition to performing and producing his own original material in his native Philadelphia. In 2020, Outlaw connected with fellow Philadelphians Eraserhood Sound, a record label and production team specializing in a brand of music they dub “synth & soul.” Together, the parties released the standalone single “Forgotten Tomorrows”, an entrancing track that gained considerable support from local independent radio. The collaboration was so enjoyable for all of the parties involved, they decided to make a 7” together in the same style. The result is Time Traveler / Silent Horizon, a blazing hot two-sider that serves as the perfect yin and yang of moods. A side “Time Traveler” is a cosmic funk journey, replete with chimes, operatic vocals, and of course Angelo Outlaw’s intricate vibraphone melodies over top an undeniable drum and bass groove. B side “Silent Horizon” is a contemplative slow-burner which, by its conclusion, waterfalls into a hazy euphoria bolstered by group vocals.