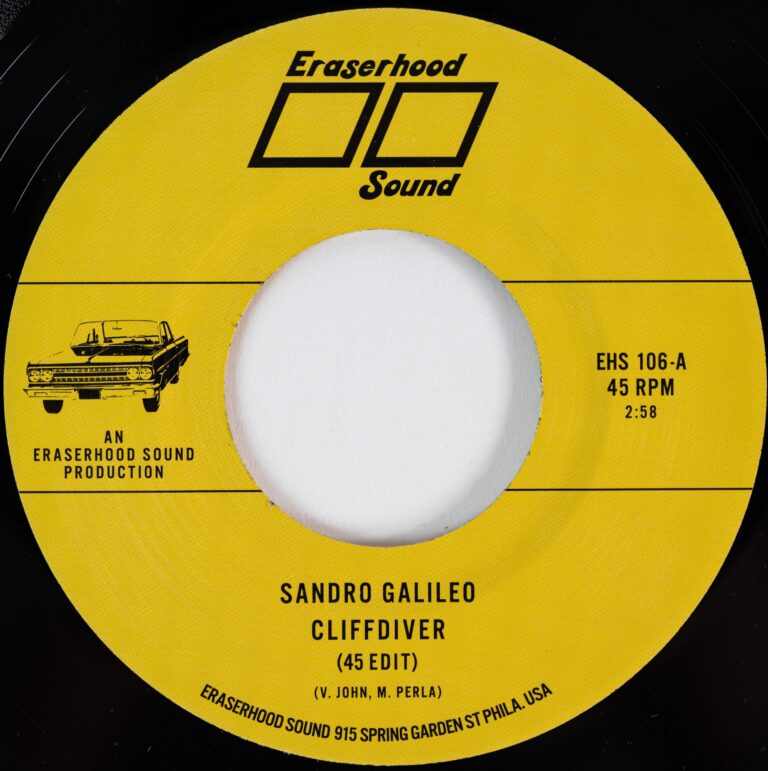 It’s another 45 Friday and Philly’s Eraserhood Sound label seems to always have something up their sleeves with new releases from what is becoming a serious catalog of music and artists. Their latest drop comes from Sandro Galileo who back in 2021 debuted his long-lost 1974 score to the never-released film Ribelle Di Mare. Ribelle Di Mare absolutely blew minds after it’s discovery and has since become a coveted score and one that will surely be a future dig so don’t sleep!

Today’s release pulls 2 amazing cuts from the full length and breaks them down to perfectly timed 45 edits which still gives the full scope of just how much of a music genius Galileo really was when composing this masterpiece.

“In 2021, Philadelphia-based record label Eraserhood Sound released Italian composer Sandro Galileo’s long-lost 1974 score to the never-released film Ribelle Di Mare. Featuring nine stunning compositions newly recorded at the label’s in-house studio in their signature Synth & Soul stylings, the album was a hit and the LP sold out within a month of its release. Now fans of the LP can own a rare, limited edition 7” featuring two of the album’s most beloved tracks. On the A-side, hear a never-before-heard alternate edit of the suave, sophisticated “Cliffdiver”, a track so mysterious and funky it needed its own slab of wax. On the flip side, hear a brand new alternate edit of the dusky, soulful “Smoke & Mirrors”, a song that has received comparison to The Alchemist’s most menacing productions.” – Eraserhood Sounds