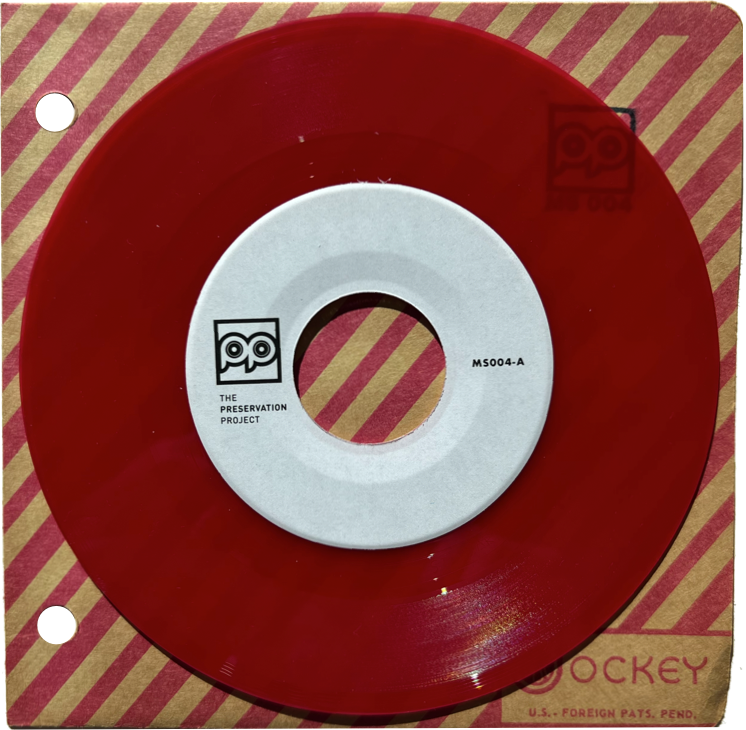 Well I guess the cat is finally out of the bag that Supreme La Rock and myself, aka The Butta Bros have a new double-sider 45 dropping on The Preservation Project label. Sometime back, the label reached out to Supreme and myself about doing edits of two previously unreleased psych tunes that the were rescued from a reel that listed only song titles and no artist name. What came out where a pair of heavy psych tunes, both with opening drum breaks nicely extended for the occasion.

“For this limited edition Masters Series release, we enlisted the help of two of the world’s heaviest collectors and djs, and champions of the Preservation Project from day one, Supreme la Rock on Side-A, and Skeme Richards on the B-Side.”

“Both gentlemen tackled reworking and re-editing funky previously unreleased psych songs. Both songs, “Sad Country Boy” and “Your Mind”, are by unknown groups and both feature drum breaks intros – perfect for you to cut up, so you’re gonna need two copies. We won’t be mad at you if you feed the breaks and chop them up either. This one is for the heads.”

Available for pre-order at https://thepreservation.org

The story behind The Masters Series

In our hunt for unreleased soul, we occasionally find some incredible gems that are just a bit too beaten to restore to the ears of the general public. Rather than return them to the moldy basements from whence they came, we press them up to share with those who love to share.