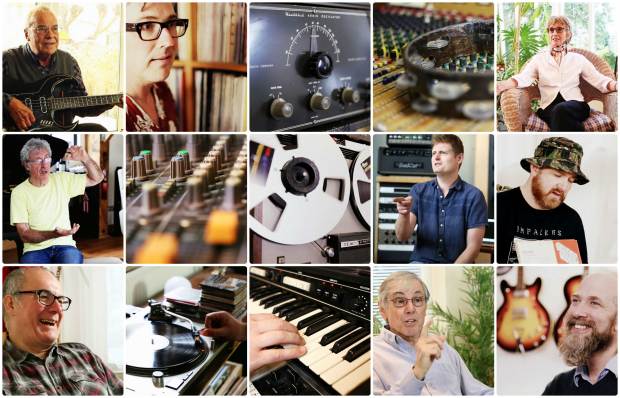 Growing up as a kid I was deeply in love with classic television programs, some before my time and many during my time. Introduced and heavily influenced by my uncle to watch many of these shows, with a large portion coming from the UK, I was always fascinated with the music. Shows like The Champions, Department S, Space 1999, The Avengers and others while in the states, series like The Streets of San Francisco, Mission: Impossible and Kojak all seem to have not only great casts, interesting storylines and set designs that felt authentic but also the music was always on point, yet I never gave too much thought into it. Although I never stopped watching these shows into my adult years, it wasn’t until the late 80s / early 90s when the latest trend in Hip Hop record collecting and sampling was through Library LPs when I made the connection. Producers would sample a record and I would instantly say “oh yeah, that’s on the Department S episode from 1975 where…. So as the Library LP collecting became big to sample from, I opted to sample straight from the VHS episodes of these shows that I had collected for years.

It’s 2016 and although most collectors know about Library LPs, there’s still so much out there that they don’t which is where the talented musician, collector and historian Shawn Lee along with filmmakers Paul Elliot and Sean Lamberth come in. They have set out on a mission to create a documentary on the genre, labels, many of the musicians who helped create these works and of course talk to DJs and collectors who have used these compositions to create new works in current times. Expect to hear about and gain valuable insight and information on many of the heavyweights of the genre including the most popular of the bunch, Alan Hawkshaw and Keith Mansfield and on labels like KPM, Bruton, DeWolfe, Warner-Chappell and Bosworth.

Check out their Indiegogo campaign that they’ve set up to help them bring this project to reality as funds will help Shawn Lee and the camera crew fly to Los Angeles to film DJ’s and collectors as well as pay for production costs of this amazing project.