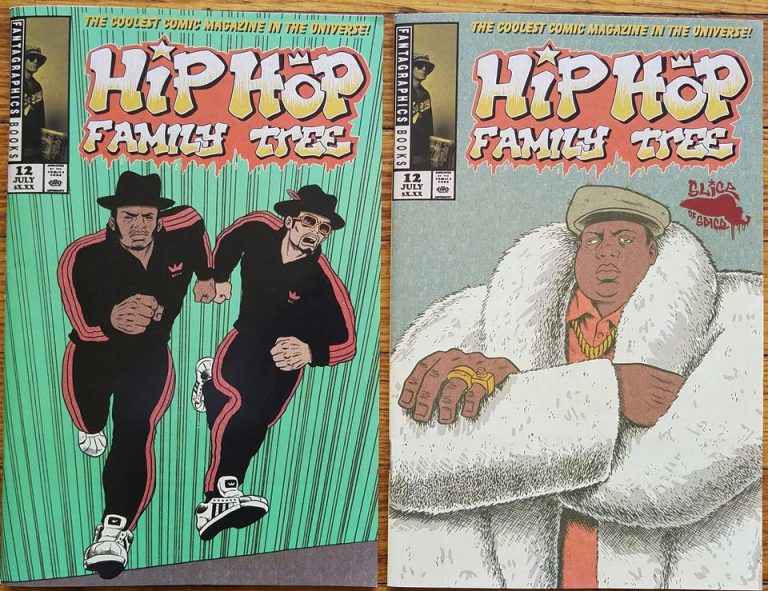 Hip Hop and comics have always gone hand in hand, from the obvious influence of the legendary artist Jack “The King” Kirby who inspired many of the 1970’s New York City graffiti artists to incorporate super heroes and characters in their pieces that would travel across the city on subway cars to MC’s that would don undercover aliases as in the case of the super duo of Phill Most Chill and Paul Nice who would take on the likes of Power Man & Iron Fist right from the pages of Marvel Comics. But when it comes to the connection between the two entities, no one ties them all together better than Ed Piskor, creator of the wildly popular series Hip Hop Family Tree. Each month, the series tells true tales from the beginnings of Hip Hop in comic form and captures the essence and history perfectly. Ed Piskor who I met while on a trip to Seoul Korea and have become friends with during that time is a true lover of the culture and it shows within his art and stories, in his lectures, panel discussions and in conversations during his Comic Con appearances.

In issue #12 of HHFT, he linked up with the label Slice of Spice who is known for curating and releasing well thought out limited edition vinyl pressings of some of Hip Hop’s royal MC’s and Producers. Inside the latest issue Slice of Spice worked with producer Jorun Bombay and pressed up a classic old school style Flexi Disc produced by Jorun Bombay himself. When it comes to flipping old school breaks, stringing them together and presenting it in an authentic way, no one does it better. The new issue comes in two different covers, the regular and the variant version so if you’re a collector like me, then you’ll probably want to buy both!