An Interview With Ed Piskor

If you are situated somewhere in the ever evolving world of Hip Hop then you are no doubt familiar with the name Ed Piskor or at least what has become a Hip Hop bible of sorts known as the Hip Hop Family Tree. An artist since childhood and a lover of Hip Hop, Ed brought the ultimate visual telling of the history surrounding the world wide culture to the pages of not just a book, but a comic book which makes total sense since comics and Hip Hop has always gone hand in hand. I had the pleasure of meeting Ed back in 2015 while on a trip to Seoul Korea for R16 and we instantly hit it off. Both Pennsylvania natives, Ed from Pittsburg and myself from Philadelphia and surprisingly share some of the same friends which definitely connects the dots on why we both geek out and have some of the same interests. As an artist myself, I’m always interested in knowing the in’s and out’s of others and what inspires them to be who they are so I sat down with Ed to get the scoop and he definitely had a lot to say.

Skeme: The saying goes “every child is an artist” and for those of us that follow you on social media, you always post pictures of your younger days of drawing as well as showcasing art and artists that inspired you and your work not only from the beginning but presently. When did you first get the bug to connect pen and pad and start drawing and who were the artists that you looked up to then which got you started?

Ed Piskor: I always drew. I have memories from the age of 3 really enjoying the process but also lots of frustration that I couldn’t make things look the way I wanted. I had comics in the house all my life. Growing up in the 80s it was a classic era for cartoons and action figures. I think those were my main motivations to begin with. The fact that modern comics have a credits box to let me know that they’re written and drawn, colored and lettered by actual human beings was very important to me. It gave me something to shoot for and I didn’t ever want to be anything else. 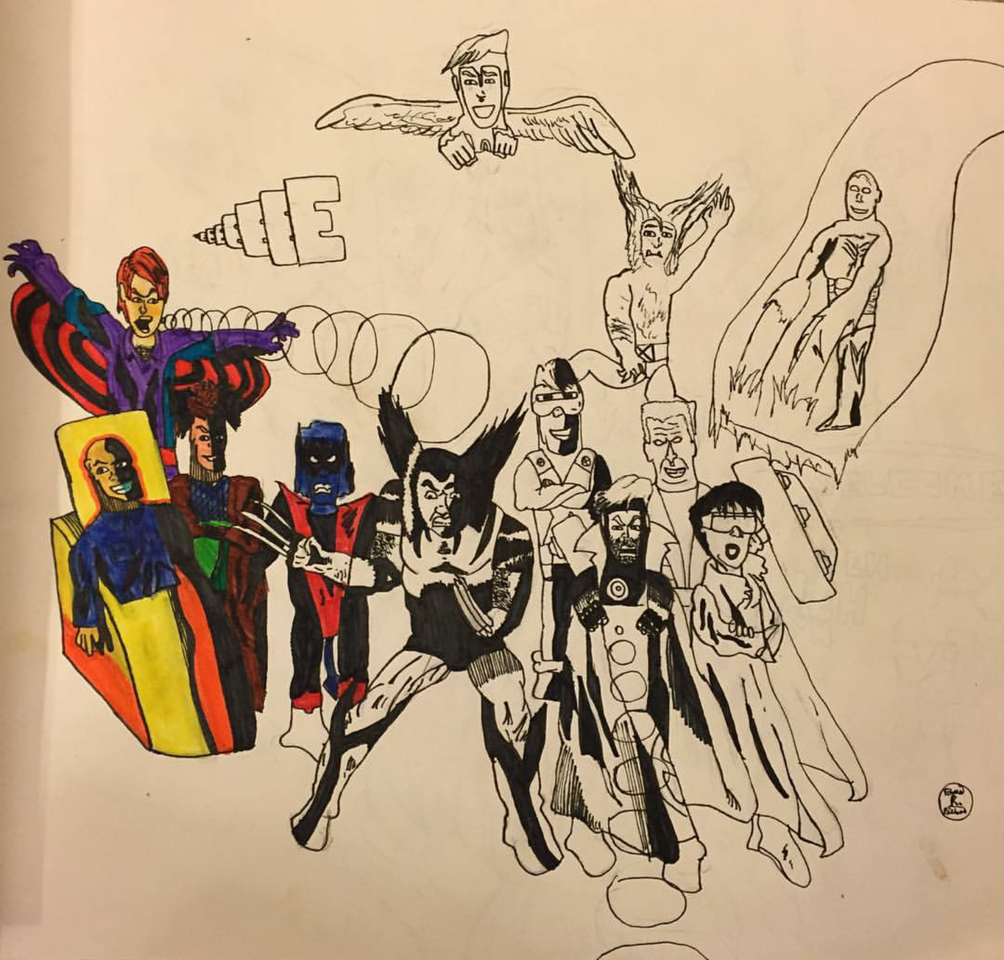 Skeme: For me, ads in comic books were just as entertaining to look at as the art and storylines themselves. One of the famous ads that you would see advertised was Joe Kubert School of Cartoon and Graphic Art, presently known as The Kubert School, which you actually attended for a year. Was it through these ads that you discovered the school and wanted to experience that sort of historical connection and did taking classes help or enhance your style or help you advance as an artist in general?

Ed Piskor: I did discover the school through the comic ads. I remember thinking that it was like sea monkeys or something when I was little. I asked my mom if I can order it but she told me it was an actual place that I would have to attend like college. That became my goal from 5th grade forward. In the meantime before attending I would read interviews with every artists I can find who attended the school. Wizard magazine did an amazing feature that I read and reread. Before I was 18 I didn’t have 1 person to really talk to about comics and I thought by going there I’d find my tribe. I was wrong though. All my classmates had very shallow interests in comics. I’m a very visual learner so it was great to see how the pros used the actual tools. Also living in a house with 30 guys was a motivator because coming from hip hop it gave me 29 other targets to try and destroy. 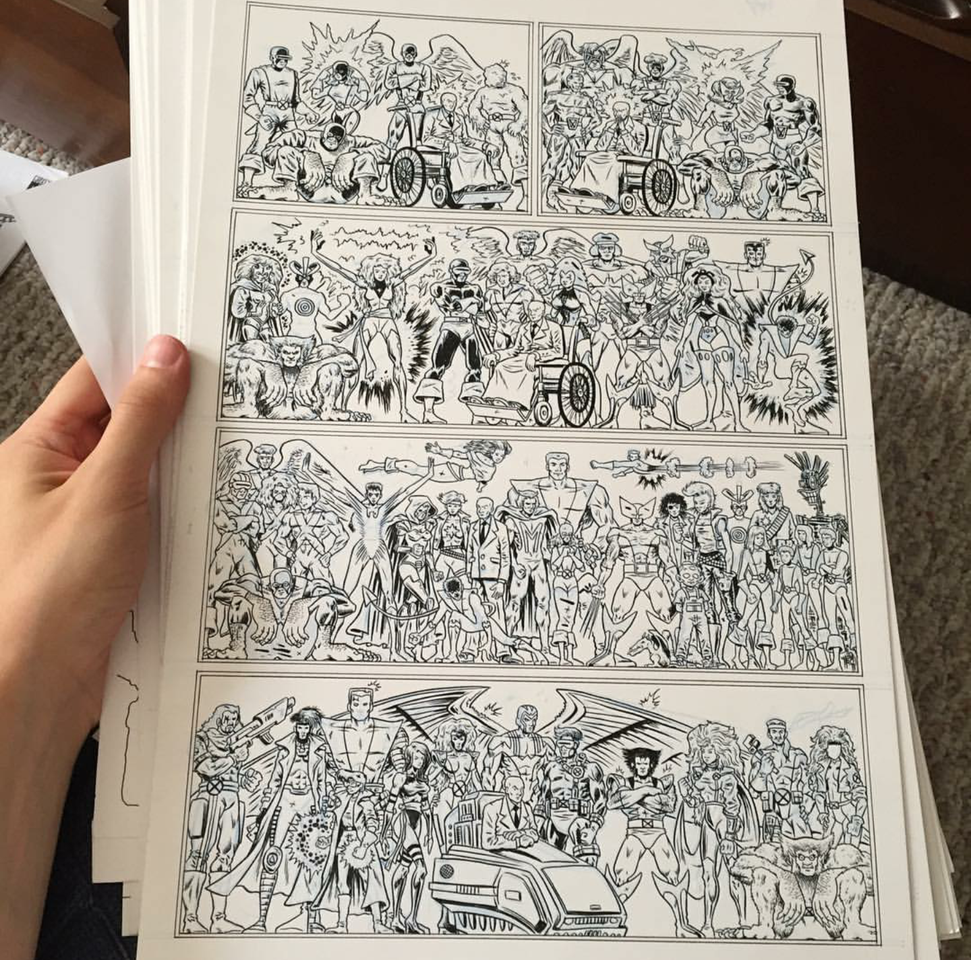 Skeme: You’ve created and been involved in various types of books over the years with people knowing you for different reasons but the first time I caught wind of your name without really knowing who you were was through your book Wizzywig (2012). The book really caught my attention because it took me back to the early 80s when I was fascinated with phone phreaking and hacking, magazines like 2600 and TV shows like Whiz Kids. What made you create this particular book?

Ed Piskor: Before Wizzywig I was drawing comics for the underground comics legend named Harvey Pekar. One book I drew for him, Macedonia, took me 14 straight months to construct. This was before podcasts and I was running out of music and DVD audio commentaries to listen to. I found a 25-year old archive of radio shows called OFF THE HOOK, hosted by the publishers of 2600. After listening to thousands of hours of content, reading every book on the subject, and talking with the players in the game it was a great crash course to make the comic.  I feel like the psychological profile of cartoonists, hackers and DJ’s is all very similar but we just split our focus and energy toward different things, lots of similar motivations though. 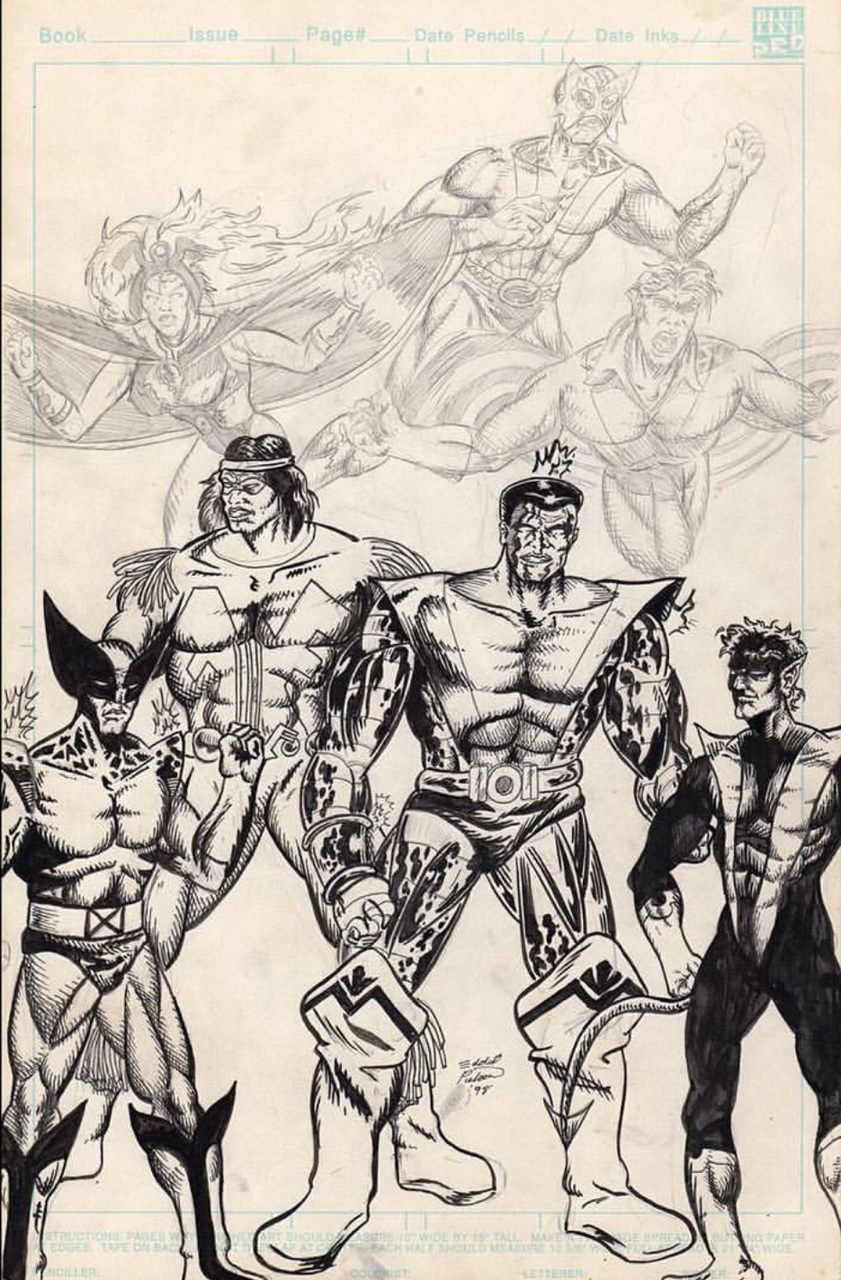 Skeme: Having self-published your own work is similar to myself being a DJ / producer funding and pressing up my own projects. Besides having to come up with the finances to see a project come to fruition, is doing it yourself the best option especially for an independent artist trying to get their work out and can’t get the attention of major publishers?

Ed Piskor: I think in a lot of ways going for self is the best way period. It’s just about how you’d want to spend your day. You might sell more volume with a publisher, but you’ll make more money per unit sold if you self produce. Distribution is no longer controlled by gatekeepers, so if you have already built a loyal audience you can just deliver content to them without the middle men. 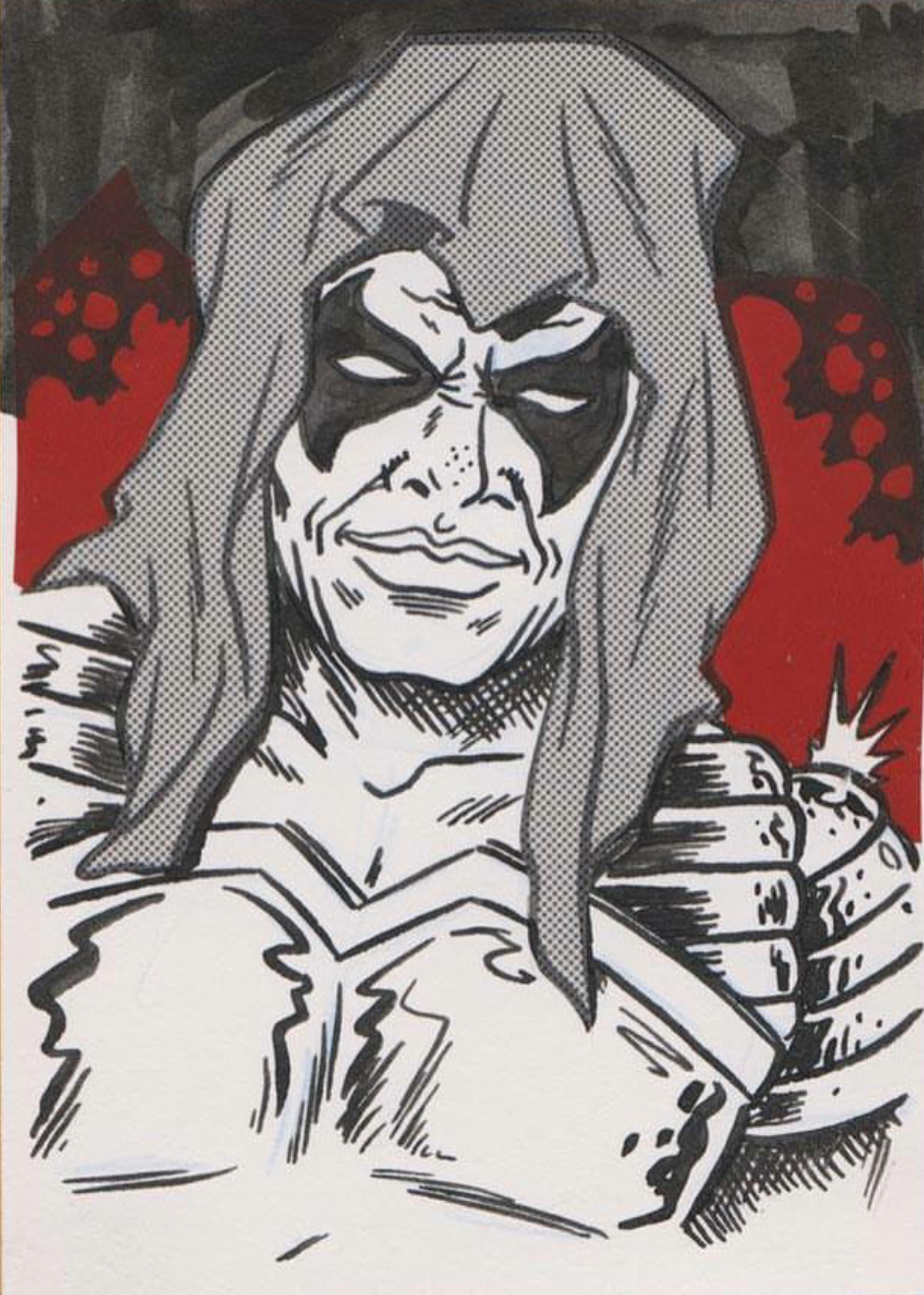 Skeme: As a comic artist, reader and collector, we both know how important Anime is to Japanese culture with the way it’s displayed in the country through advertisements, books, commercials and even food products and isn’t viewed as something childish. How does it differ from the way our comics are seen here in the states that in my opinion is looked at differently?

Ed Piskor: I’ll be honest, I’ve never been to Japan so I’m not exactly sure how widespread anime and manga is in Japan. I do know they have a big readership and following. I think they have that big following because of that wide breadth of material. We are slowly filling in cultural voids in our American comics. That’s why I get to reap so many rewards. There wasn’t another Hip Hop comic like it before I made mine. Just like my homie Gene Yang fills the gap talking about Chinese culture, Raina Telgemeier speaks to young girls who’ve never had such direct connections to comics, etc. We’re getting better but we have a long way to go. 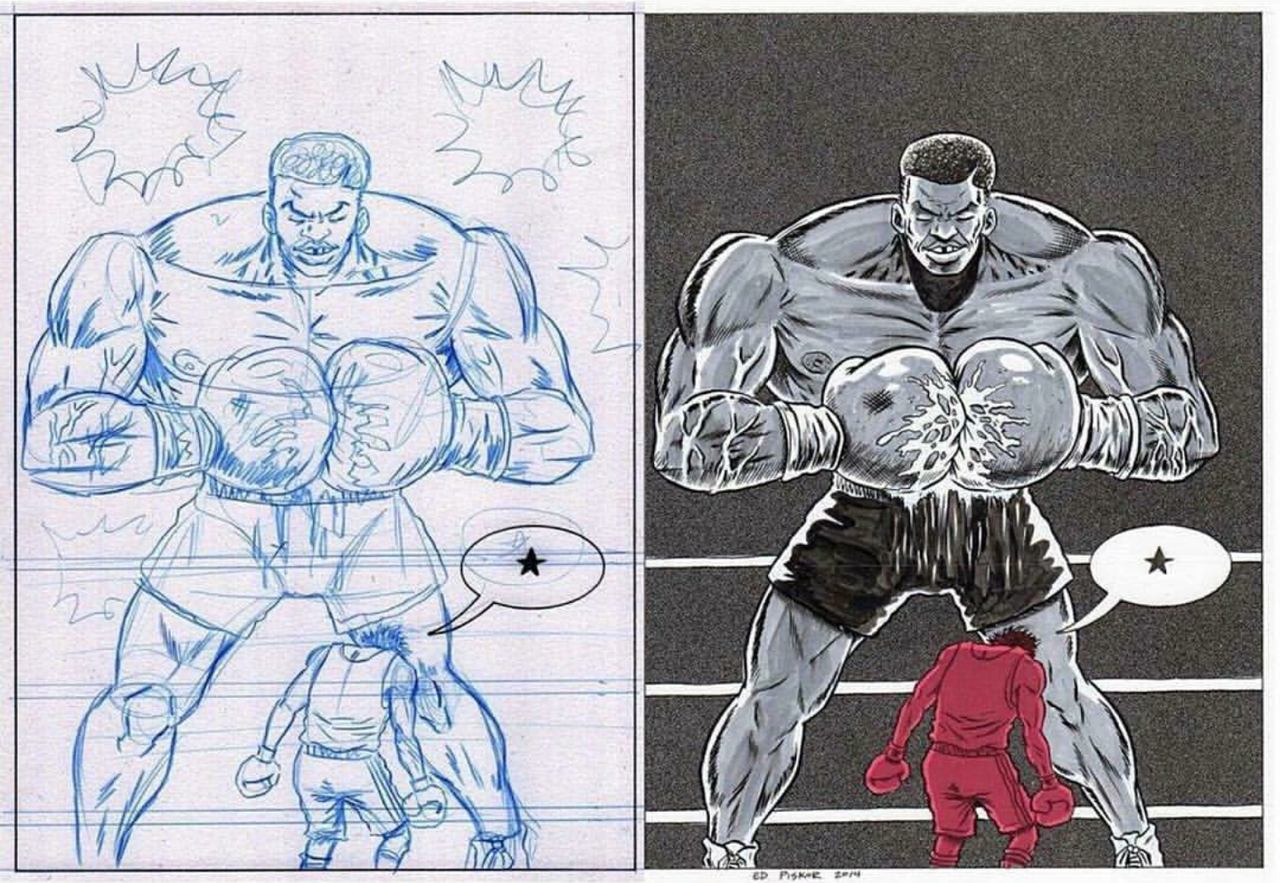 Skeme: Your latest book, Hip Hop Family Tree is a 2013 Eisner Award Winner combines two of my favorite things from childhood, Hip Hop and comics. Obviously already an artist, when did you first get bit by the Hip Hop bug and what attracted you to it?

Ed Piskor: I grew up in that Hip Hop vibration. I could never escape rap music and Hip Hop culture if I would have tried. 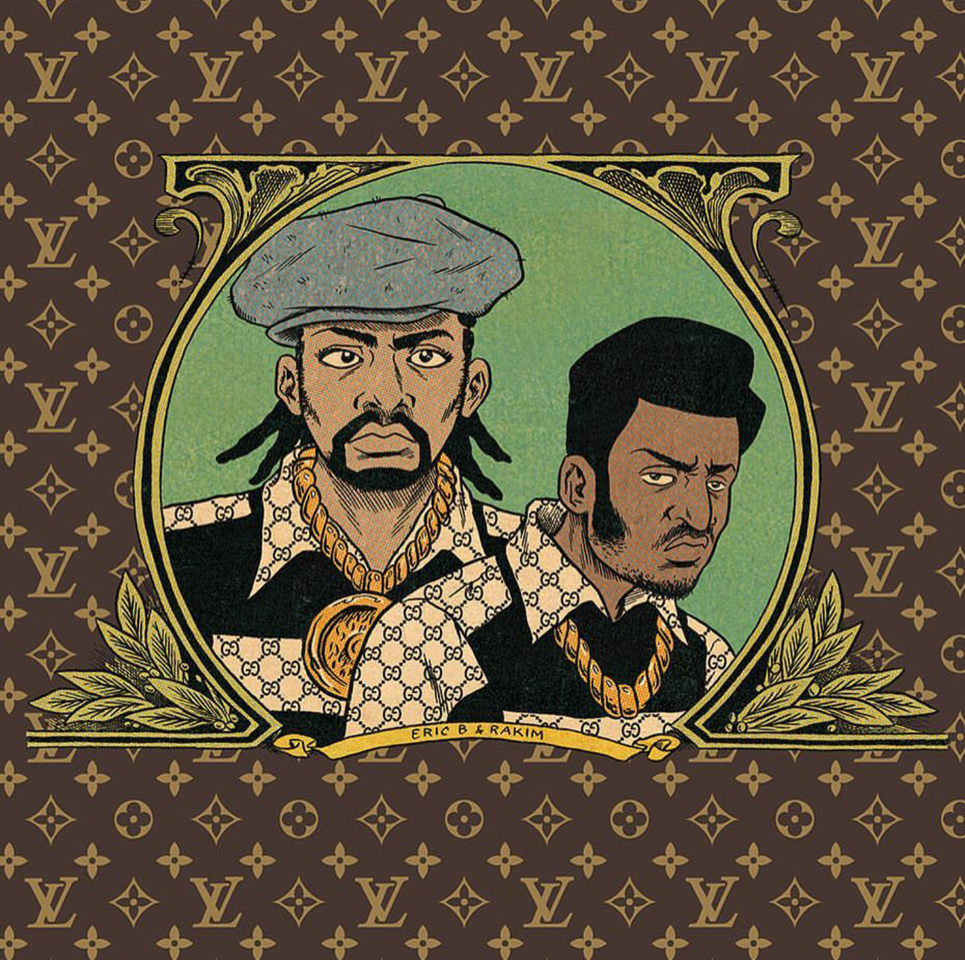 Skeme: Although it seems like something that makes so much sense but is actually genius and has been done until now, what made you want to tell the story of Hip Hop history and happenings in comic form?

Ed Piskor: Compared to most other cartoonists I knew that I had more knowledge about the records than most other comic book makers. I wanted to know more so I started filling in the gaps of my knowledge. I also strive to be as productive as possible so it made sense to make a comic. I started it on Jan 1 of 2012 and I have recorded interviews from 2009 where I had the idea to do the comic. If someone would have done the comic within that 3-year window I would have been the first person to buy the comic off the rack. I’m literally making the exact comic that I would want to go to the store to buy. 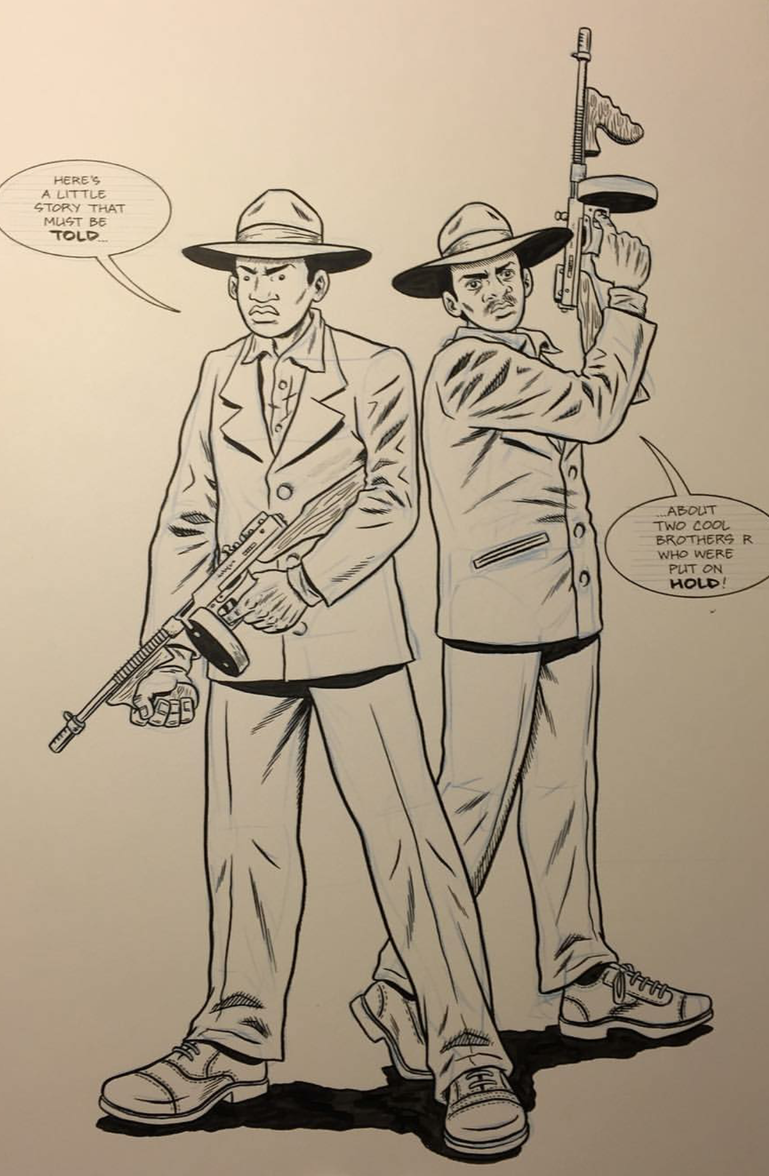 Skeme: The origins and history of Hip Hop has many stories, some with an equal amount of discrepancies amongst those who were around during that time. Has anyone ever approached you about a story in the book not being correct and how important was it to you to make sure the stories were accurate?

Ed Piskor: It’s incredibly important to get things as right as possible. The people who’ve pulled my coat about their appearance in the comic usually revolves around me drawing the wrong sneakers on then or something like this. 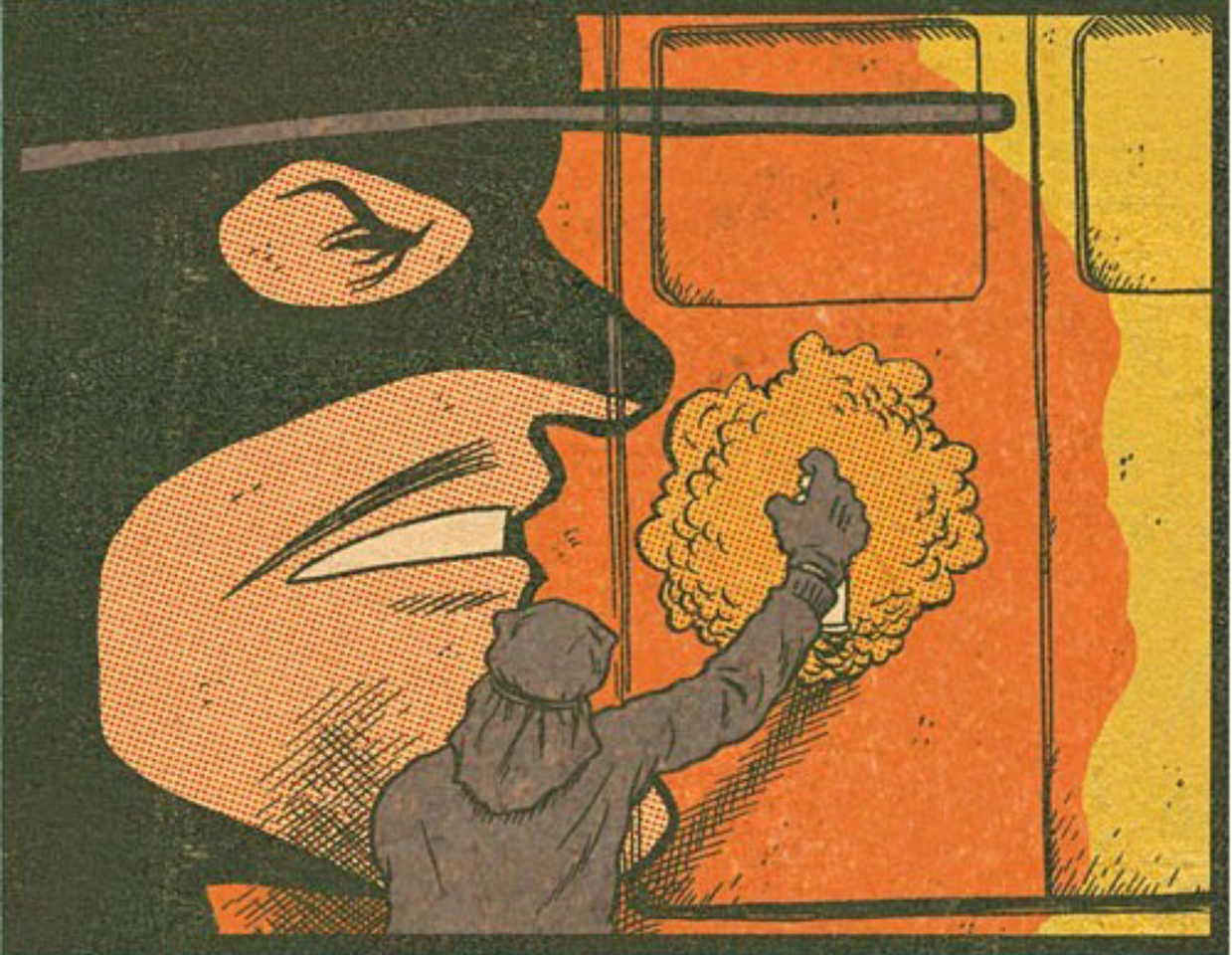 Skeme: Most of the comics that I’ve read or collected over the years always had a team working to build the book. One of my favorite and legendary duos was writer Chris Claremont and artist John Byrne with their incredible work on the X-Men in the 80’s, but with your book, The Hip Hop Family Tree you wear multiple hats. Does this make things easier on you knowing exactly how you want things to look and read or do it have it’s downsides?

Ed Piskor: I would never ever collaborate in a million years on a comic from now on. I want all the victories or all the losses. I’d hate to work my butt of and have the inker shit the bed or something. No assembly lines for me. I need to get as close to my vision across as possible without anyone less smart than me mucks up my shit.

Skeme: Movies and TV shows based on comic books and superheroes have come a long way with the Netflix originals being my favorites at the moment but there have also been quite a few big screen and cartoon flops as well. What are the top 5 comic disappointments for you that you had high hopes for?

Ed Piskor: I really don’t put too much stock in any of that stuff. They’re all just dumb fun. I also don’t keep up with them regularly. I’m not sure why. I guess if I’m sitting round watching things, then I’m not making things.

Ed Piskor: Thanks for taking the time to interview me. I look forward to the next time we get a chance to hang out in person. 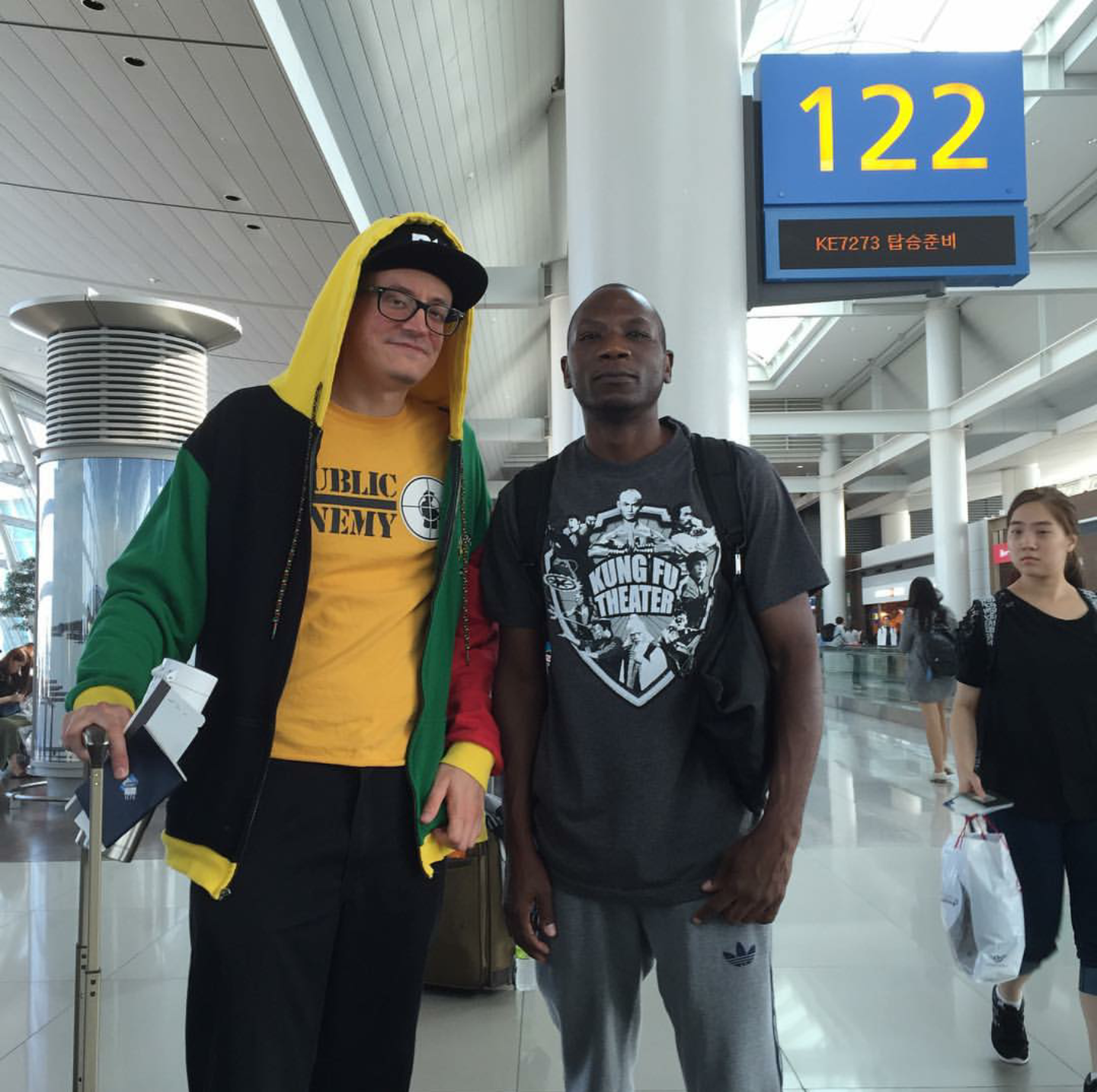