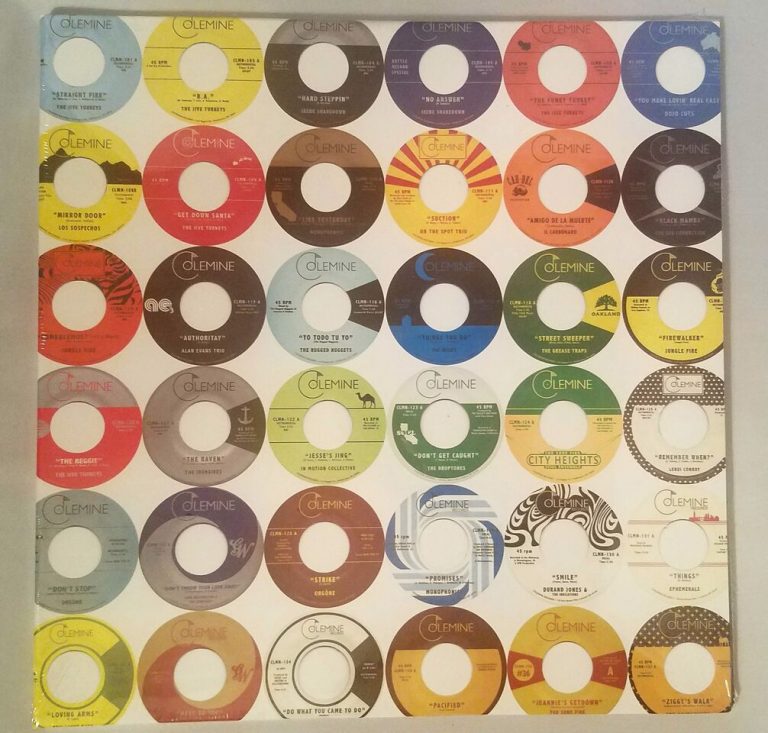 Record Store Day is like Valentine’s Day for record lovers and you either love it or hate it, score or not score. One one hand from time to time there is a release that you absolutely have to get your hands on but on the other hand, doing so means dealing with savage crowd of shoppers who aren’t in the shops the other 364 days of the year.  This year is no different except there is actually a release that is a must have in my book and most likely the same holds true for many people collectors out there.

One record that I’m dedicated to getting my hands on before it hits the secondary market is Colemine Records – Soul Slab Volume 1 which is a collection of 7″ singles from their catalog spread across 4 sides of vinyl and packaged in a great looking gatefold cover.  Since debuting it’s first 45 in 2008, the label has released a hefty stream of  funk, soul and afrobeat tunes and this compilation is only a smidgen of whats in their vaults.  I love 45s but having this many Colemine Records singles all on one format and being able to drop the needle down for one long play opens up a whole new listening experience.

I’ve featured quite a few releases from their catalog as well as fellow DJ and writer DJ Prestige who owns Flea Market Funk, so it’s only fitting that he contributed to this release with writing an official introduction and utmost co-sign in the liner notes featured on the rear of the cover.  If you’re a fan of Colemine Records, be sure to get in line early and grab a copy when it drops on RSD17 and be sure to head over to their official site to fill in blanks on any release that you’ve missed.