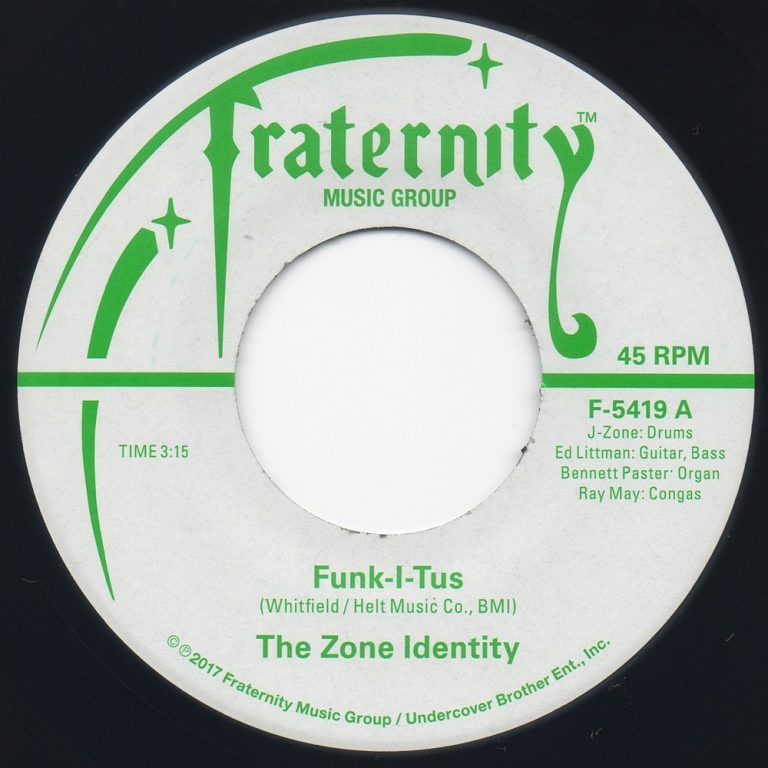 And you say drum loving people, the multi talented man who’s nice with the golden sticks as he is with a pen and pad gets sets up for the debut funky 45 release under The Zone Identity. J-Zone is no stranger to getting funky with it and by now you should be very aware of what he’s been up to lately on both the musician and writing sides.  His present release is killer double sider that features “Funk-I-Tus”, a cover to one of my favorite 7″ that I quite honestly thought I was one of the few to give plenty of spins for the dance floor but it’s obvious that Zone is alway in the know.  The flip side comes in with a cool new take on the Kool & The Gang classic of “Let The Music Take Your Mind” which rivals the original in a brand new way. Both sides are a “doubles are must” situation for those of you who love to backspin the breaks so purchase accordingly.

It’s amazing what you can do with a 4-man band when each musician is on the same page and the chemistry flows like H2O.  I’ve been asking J-Zone for a while now about the chances of performing live with his The Du-Rites project and now with The Zone Identity so hopefully we’ll be getting to see them in action sooner than later.

Available in limited quantities via his Bandcamp so jump on my friends!