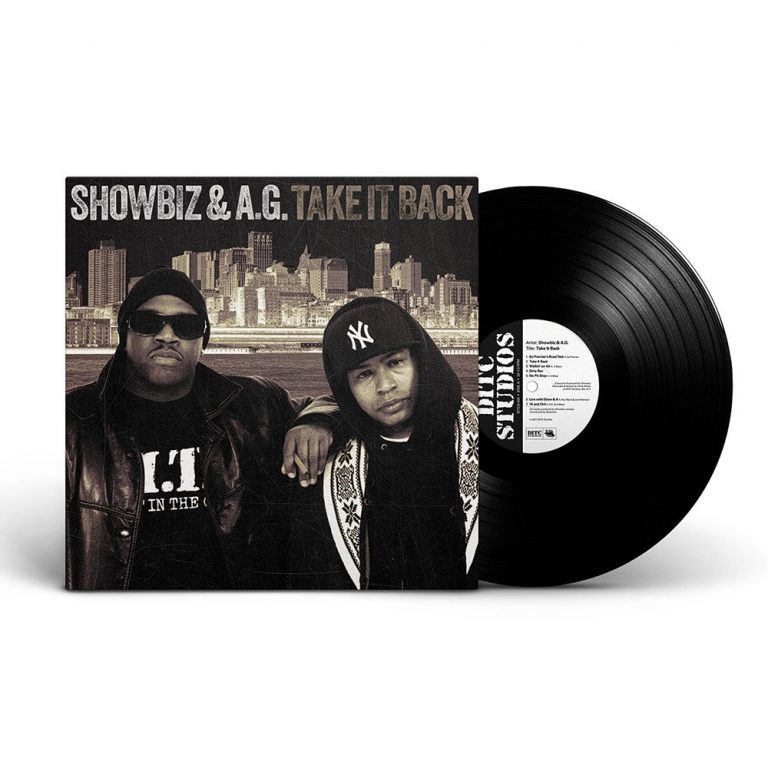 When you think about how time flies and the amount of artists and trends that have come and gone (and some tried to make comebacks) over the years, the percentage of those still around, relevant or even up to par quality wise, the number proves to be very few.  In the realm of Hip Hop and the ever changing sound of it, only a few from the 90s golden era still come correct and one of those groups who do it well is Bronx champions, Showbiz & A.G.. First catching wind of the duo in 1991 after coping doubles of their Soul Clap EP and then following things up in 1992 with the Runaway Slaves cassette tape which was on heavy play in the whip while riding through the Philly streets and in 2017, they “Take It Back” which is the title of their new LP.  Having never really taken a break from the industry, the new LP is pure Show & A, beats and rhymes or as DJ Premier says on the intro cut, that boom bap shit which is all I ask for in this era glitz and fluff.

It’s been years since I caught a live performance but after bumping into A.G. in Japan last week and seeing him on stage performing with O.C. and Boogie Blind on the cut, it brought me back to what I remember loving about him and his presence.  The new LP comes in at 14 cuts deep with only a couple of featured guests by the likes of A. Bless, O.C., Roc Marciano and John Robinson which means maximum exposure from A.G. and shows that he can still hold things down.

Catch LP over at Slice of Spice in vinyl and CD formats and peep the snippets below.