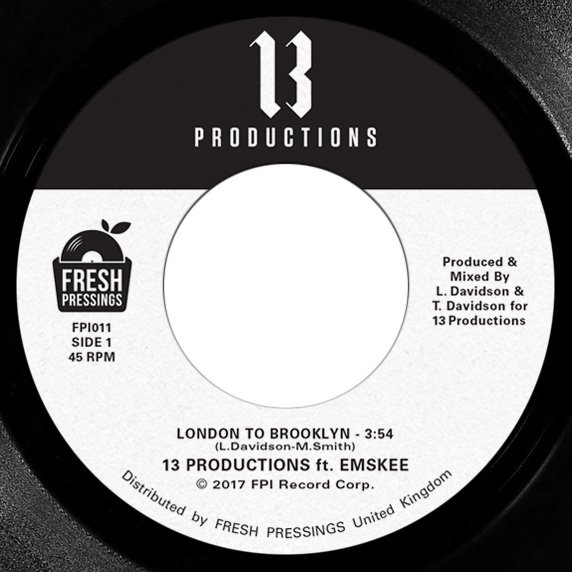 They say if you’re going to do it, then hit people over the head and give them you’re all and seems to be exactly what the Fresh Pressings label has done, debuting not one, but three new Hip Hop releases on this Sunday afternoon. Releases include 45’s from Rampagers featuring the likes of Phill Most, Oxygen and Emskee on mic control with another Jorun Bombay sure shot edit on the flip a double-sider of lyrical prowess from The Good People and the debut of UK produce team, 13 Productions featuring Emskee as they take things across the map, from London to Brooklyn and back.

Enough with the reading though, check out the soundclips below then get your currency situated and grab copies from some of best artists and thoroughbreds in the craft.  Available for pre-order at http://www.freshpressings.com