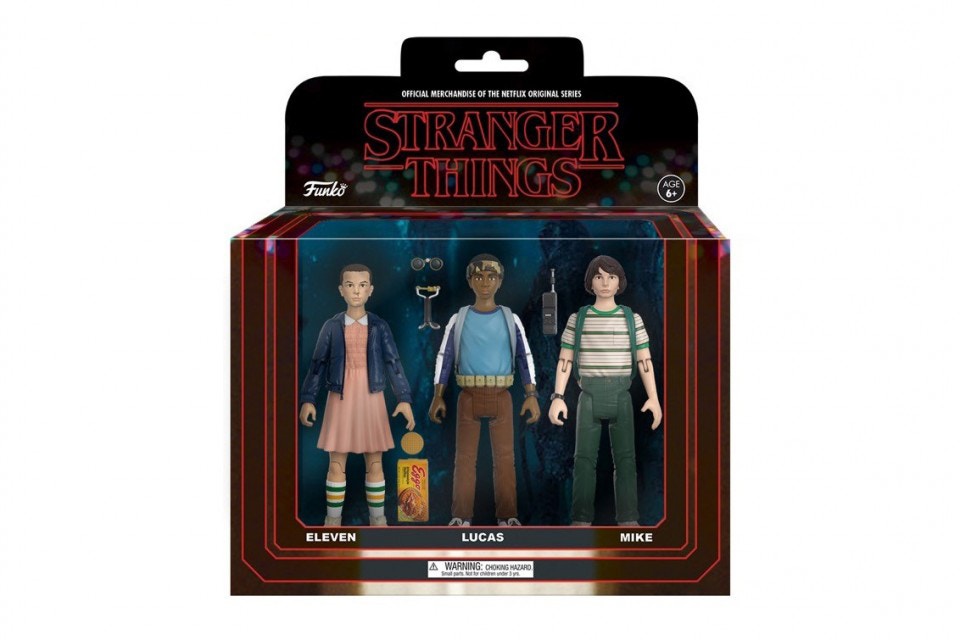 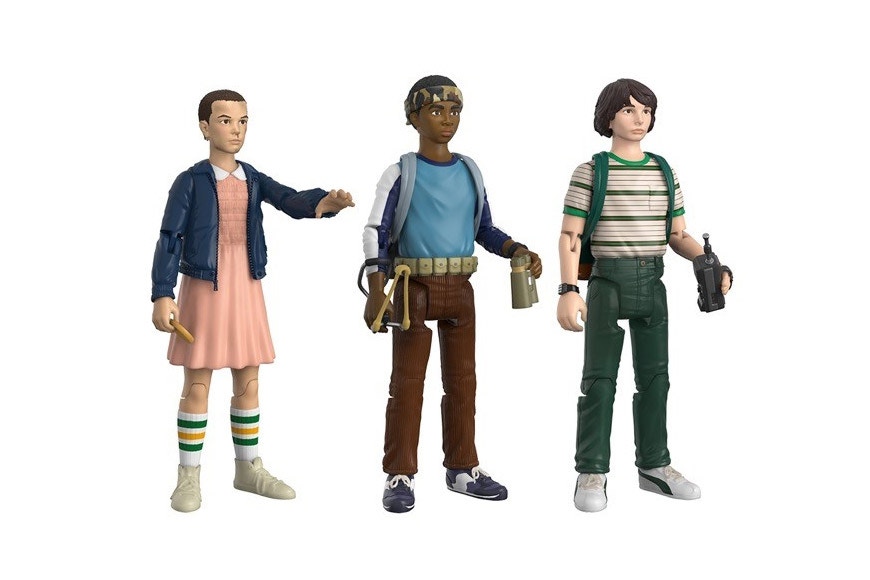 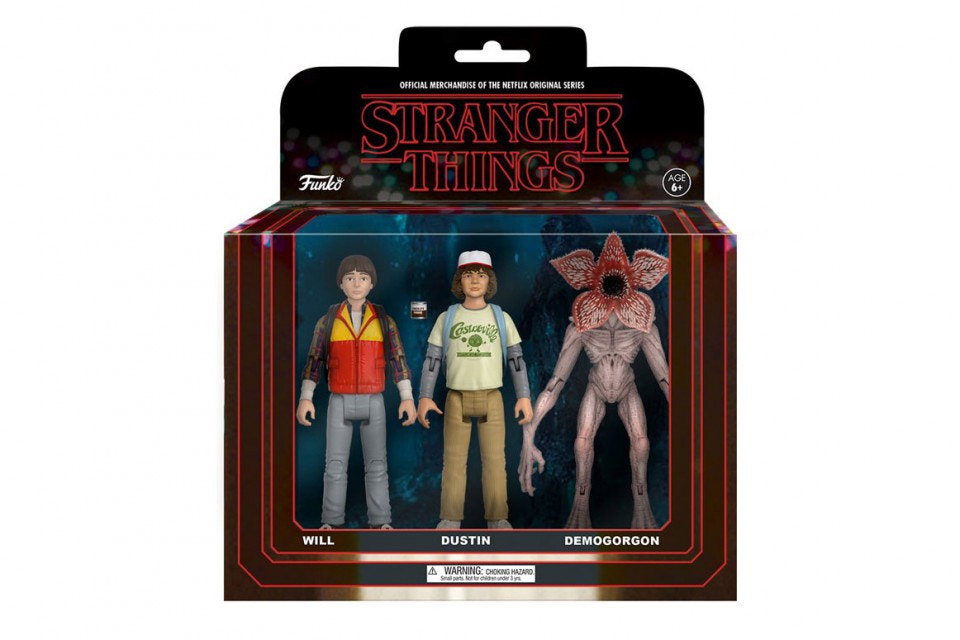 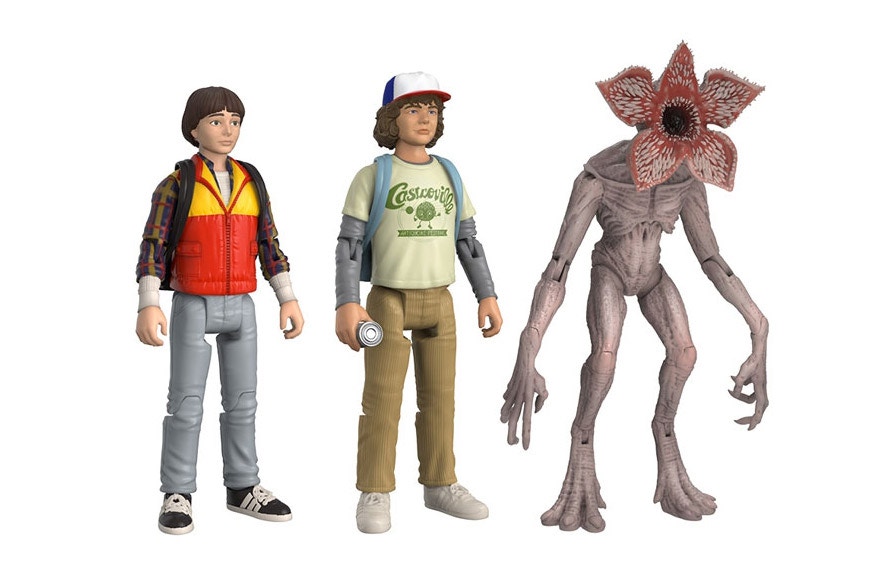 Without a doubt, Stranger Things is one of the best shows to hit the small screen in the last year.  It’s pure nostalgia an everything built around the branding has been so on point, from the cast, to the soundtrack and now even an action figure toy line.  Coming soon from collectible toy company Funko, the retro styled 3.75″ figures will be sold in two 3-pack sets containing the lead cast of Dustin, Mike, Will, Eleven, Lucas and the Demogorgon and will hit shelves in August.