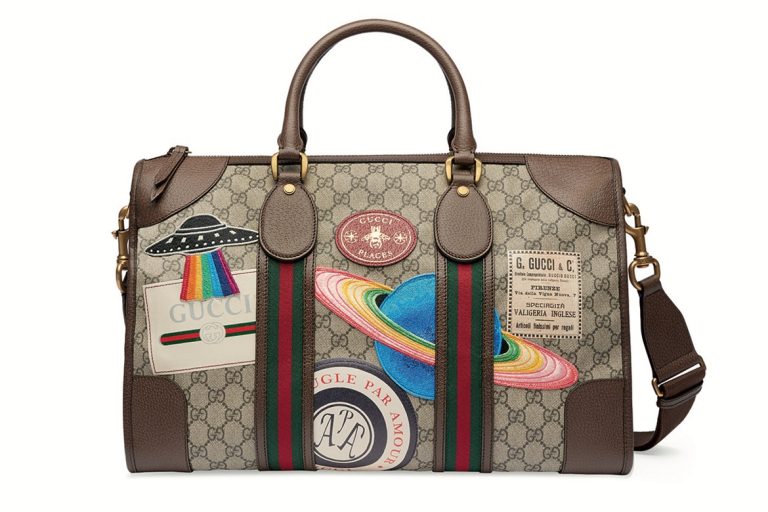 Inspiration Sci-Fi, Gucci and Beyond

It’s always an odd combination when high end fashion brands or celebrities pull inspiration from “geek culture” to market their products. Usually ones to market to the those that are willing to spend top dollar on their products, Gucci has been running a new campaign that goes more left field from what they’re used to designing.  Their new line is simply called “Gucci and Beyond” and their latest video campaign that they’ve been running is heavy on Sci-fi side with visuals from classic 1960’s Star Trek, theme song from Space 1999, The Land That Time Forgot and other weird TV shows and movies from the 1960s and 70’s. Is it something that fits or is it infiltrating and exploiting geek culture like everything else has that once was laughed at? Nerds have always been the cool kids that the popular cool kids and jocks secretly wanted to be. Either way, they actually did a great job at filming it and the clothing actually fits.