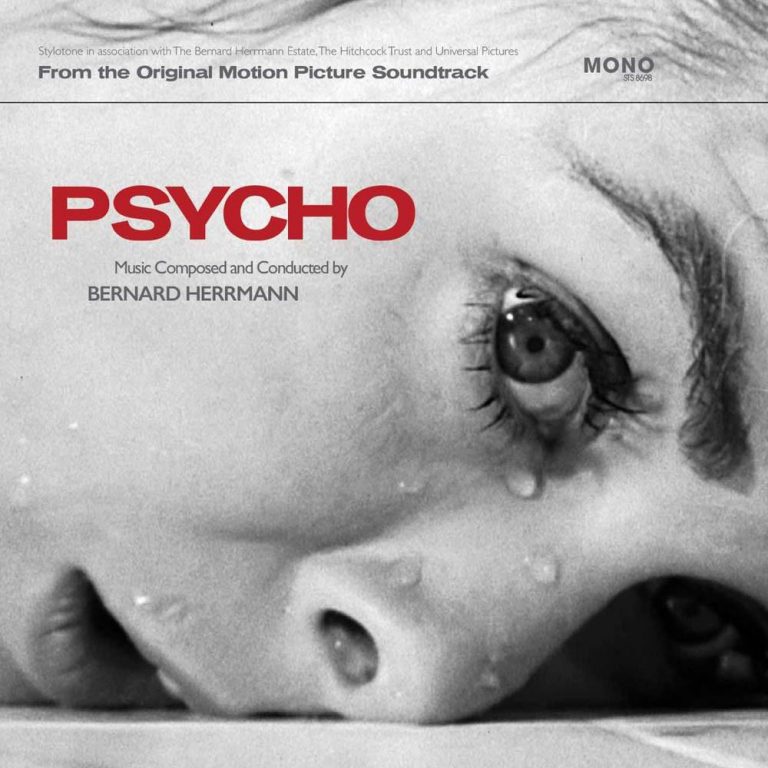 If you’re a film buff or lover of soundtracks then one of the most recognizable scores that you have come across is no doubt Bernard Herrmann’s workings on the 1960’s thriller, Psycho.  You might recognize “Prelude” as a snippet sampled by Busta Rhymes but you’ll definitely be familiar with “The Murder” which quite possibly might go down as the best killing scene ever! 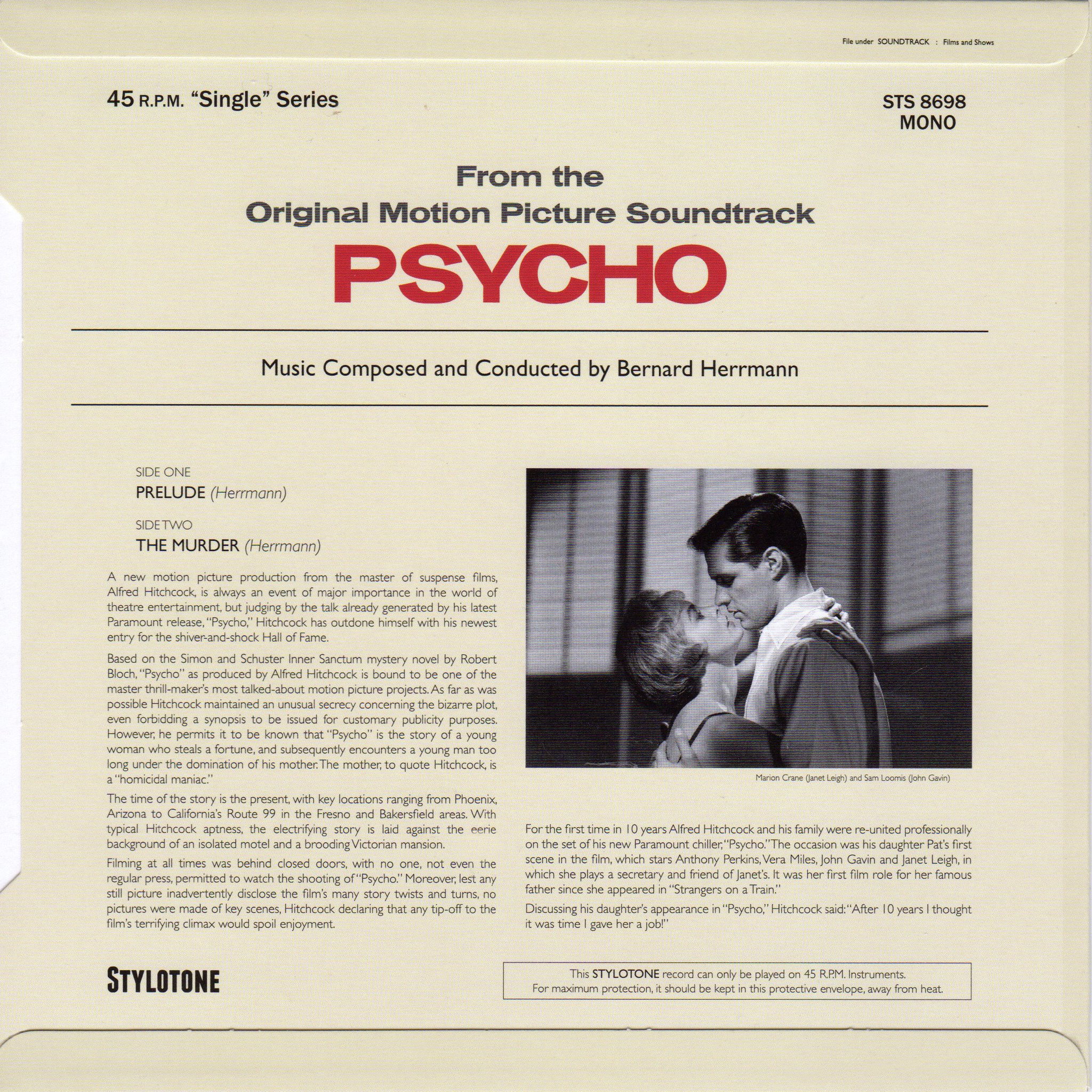 “For the first time ever… music from The Original Motion Picture Soundtrack. Two of the most iconic music cues in cinema history, ‘Prelude’ & ‘The Murder’, released on 7” black vinyl only in an edition of 1960 copies.

A 1960 psychological horror film that was both directed and produced by Alfred Hitchcock and written by Joseph Stefano, “Psycho” starred Anthony Perkins, Janet Leigh, John Gavin, Vera Miles and Martin Balsam. While the film itself is an undoubted masterpiece, what everyone truly remembers it for is the music – The Greatest Cinema Soundtrack of All Time.

The Knife. The Shower. The Screeching Strings. The most famous cue in film music. So ingrained in the popular consciousness is ‘The Murder’ that it has become the defining sound of terror – inspiring countless recordings, performances, homages, parodies and cultural references: from The Beatles’ ‘Eleanor Rigby’, Brian De Palma’s ‘Carrie’ to ‘Family Guy’, ‘Friends’, ‘The Simpsons’, etc. etc.

‘Prelude’ opens the film, accompanying the ‘uber-cool’ main titles (designed by Saul Bass) which sets the stage for the ground-breaking score… regularly quoted but never bettered – a remarkable testament to the genius of the master of film music… Bernard Herrmann.”