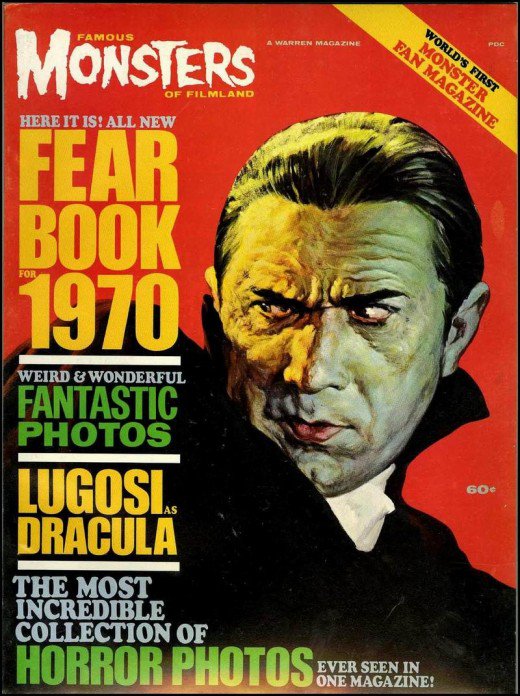 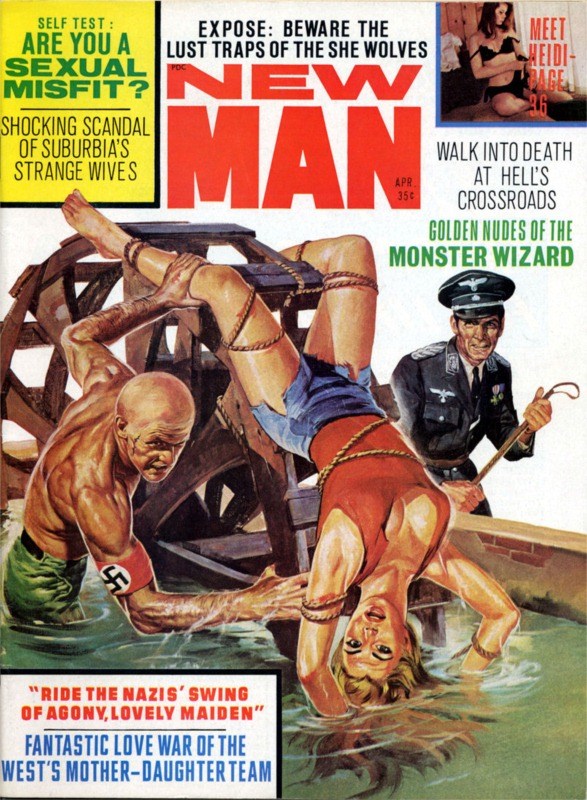 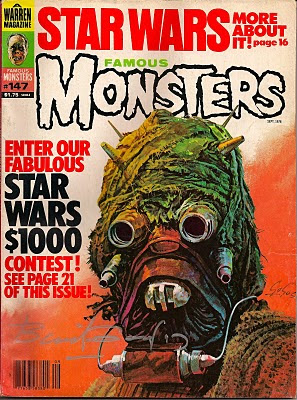 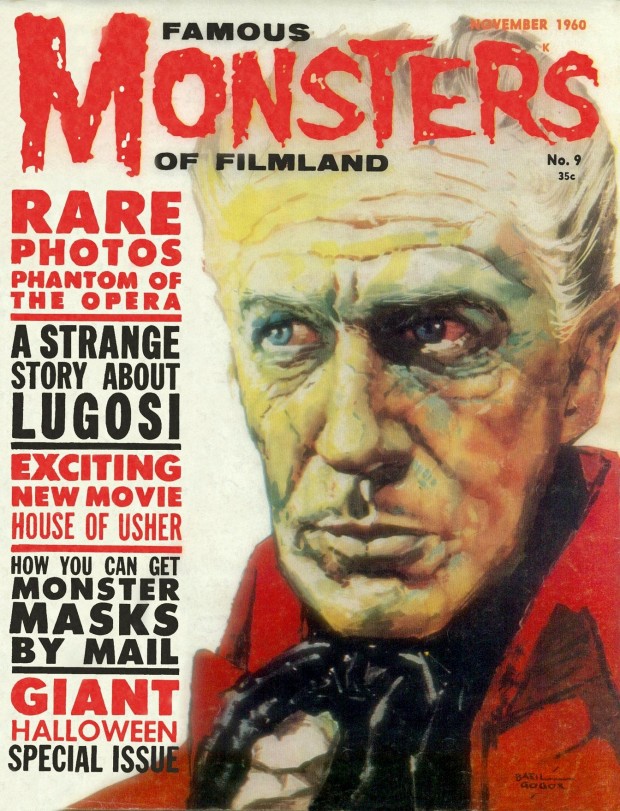 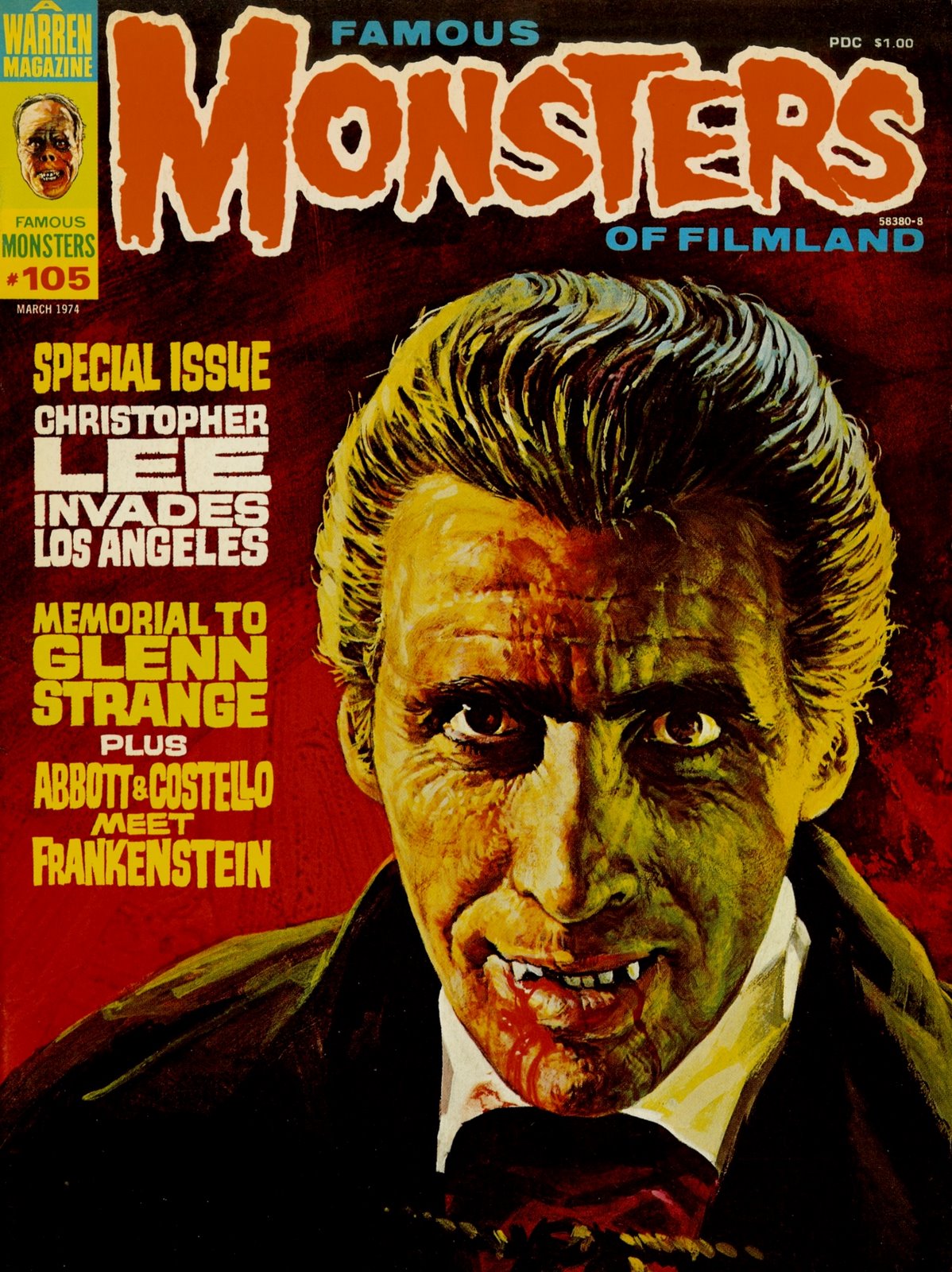 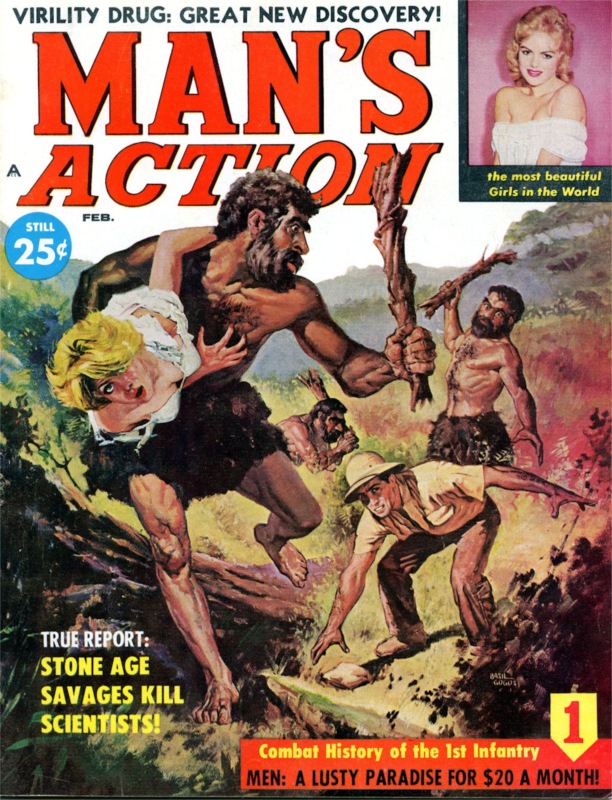 Like most kids growing up during the 1950’s – 80’s, monster movies and magazines where a major part of my life and I spent many hours lost in between and turning  pages of classic Famous Monsters of Filmland, The Monster Times and other magazines.  Before opening the magazine, the first thing that I always looked for was what evil villain would grace the cover which would usually consist of any number of them from Dracula to The Mummy, and famous faces like Vincent Price and Lon Chaney where all too familiar.  One of the go to illustrators who would paint these iconic images was legendary artist Basil Gogos who had such a distinct style in the way he depicted these characters.  Unfortunately last week, Basil Gogos passed away and I like many who grew up seeing his art are saddened this loss.

Paul Nice – “Around the time I was 10, Famous Monsters was the magazine.  I remember the first issue I bought was in ’78 and had Close Encounters as it’s cover story, but I could care less about that. It was the in-depth article on Godzilla and other Toho monsters that had me walking waaay across town to cop it.  I would spend hours pouring over the pictures and especially the monthly, 2-page spread of back issues and there was always that one back issue that was forever sold out.  A double sized special issue covering naturally, the” Giant Monsters of Japan”.  To this day, I’ve never seen that issue!”

Basil Gogos was born to a Greek family living in Egypt. Gogos was 16 years old when he and his family immigrated to the U.S. Interested in art from a young age, Gogos spent his early adult years working at various jobs and studying art periodically with the goal of eventually becoming a fine artist. Gogos attended several New York area schools including The National School of Design, The Phoenix School of Design and The School of Visual Arts. While attending the Art Students League of New York, Gogos had his greatest artistic growth studying with noted illustrator Frank J. Reilly. After winning a competition at the school sponsored by Pocket Books, Gogos began his professional career with the cover painting for a western paperback novel called Pursuit published in 1959.

During the 1960s, Basil Gogos provided a steady stream of illustrations for a variety of New York-based publications. The majority of his work during this period was for men’s adventure magazines for which he painted many scenes of World War II battles, jungle perils and crime as well as cheesecake portraits of beautiful women. However, Gogos’ greatest impact as an illustrator was the work he did for Warren Publishing.

Famous Monsters of Filmland magazine, created by publisher James Warren and editor Forrest J Ackerman, premiered in 1958 and was aimed at young readers who were then discovering the classic horror films of the 1930s and 1940s on television. The magazine’s covers were usually eye-catching close-ups of horror movie characters. Gogos’ first work for Warren was the cover of Famous Monsters of Filmland #9 in 1960 featuring an impressionistic portrait of Vincent Price from House of Usher painted in shades of red, yellow and green. Over the next two decades, he created almost 50 covers for Famous Monsters, many of which have become iconic images of that period. Gogos also provided cover art for several other Warren magazines including Creepy, Eerie, Spaceman, Wildest Westerns and The Spirit.