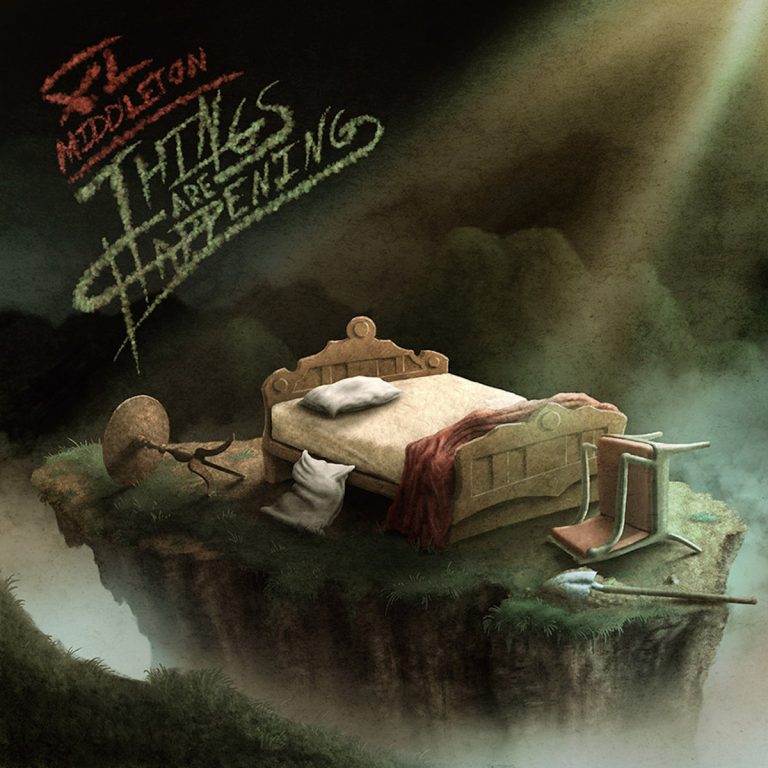 There’s always a special musical feeling that I experience when landing on the West Coast, one that doesn’t seem to happen elsewhere and there’s no debating that feeling is heavy on the funk. Always on repeat in my musical rotation when the mood strikes is the homie XL Middleton who’s name should be rather familiar especially if you’re in the know (and hopefully you are).  But if not hipped, then let’s mark this as a starting point with his upcoming LP “Things Are Happening” on Mofunk Records which should be starting to fill up the bins as you read this.

“Things are happening. It’s a perpetual truth and something of a mysterious, even ominous, sentiment as it applies to XL Middleton’s follow up to “Tap Water.” Fittingly, the content of “Things Are Happening” strays down darker or more cynical paths than its predecessor, and in doing so takes the modern funk ethos as a whole beyond tried and true formulas such as love songs or spiritual anthems. The grooves remain uptempo; the synth work is still warm and percussive. But, there’s a heavier story to tell, and greater truths to face.”

“The album opens with the uptempo, lowrider-ready “Never Have Too Many Freaks.” Upon first glance it’s a hedonistic ode to maintaining multitudes of willing women for carnal conquest, but further listens reveal the story of a man in search of love, let down too many times and thus led away from the pursuit of romance. “Look Who’s Talkin'” details the strenous nature of socializing as an introvert, with tongue-in-cheek lyrics seated atop a warbly electro-funk instrumental. This theme is explored again, in a more introspective fashion, on the album’s closer, “They Don’t Wanna Leave.” On “Better Friend” (feat. Moniquea), XL plays witness to those who would invade social circles for personal gain – an all too common sight in the music business, perhaps foreshadowing a future hip hop album by dropping a few bars before the song sizzles to a close. Him and Zackey Force Funk team up on “Paradise Of Pavement,” an anthem for the highs and lows of living in LA, framed by cosmic chords and grinding synth bass tones. “Purple Sheets” resonates with a slow Linn drum bounce as XL’s vocoder finally offers a moment of unbridled love/lust, adding a dimension to the album more akin to “Tap Water” than anything else on the project.”

If XL Middleton’s name is associated or involved in it then you consider it to be top notch with no frills attached and thats what’s delivered on Things Are Happening.