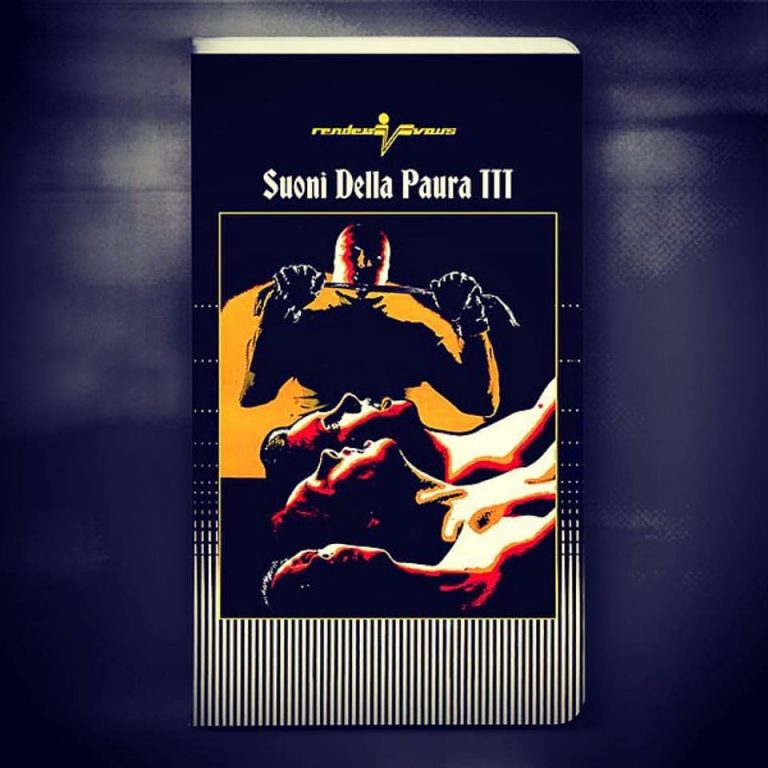 When it comes to nights dedicated to the delightful sounds of Library LPs, Soundtracks, oddities and weirdness from the film world, the first name that comes to my mind is LA’s RENDEZVOUS! party.  Each month the residents of Alfonso, Giacomo, AM, Carlos Rossi, Chris Tillotson, Ethan Hull, & Marsellus Wallace along with the occasional special guest pack their serious crates of heavyweight selections to play while screening a variety of Giallo, Euro Crime, Sexploitation and other genres of rarely screened films.  To bring their selections to a wider audience, they’re set to release a new cassette, right in time for Halloween titled “Suoni Della Paura III ( which translates to The Sound of Fear) via Origin Peoples.

The double cassette package clocks in at almost three-and-a-half hours of aural madness and packaged in a VHS clamshell style box. Over these two cassettes, they purvey an all-over-the-map approach that aligns with godhead reissue label Finders Keepers, with a substantial nod to Death Waltz’s fetish for killer-thriller scores, too. There is continuity here and there, but RENDEZVOUS!’ operatives more often favor the surprise segue. With tracks this exciting and compelling, the radical juxtapositions and jump-cut transitions jolt you into a higher state of consciousness. As Rossi notes, “Soundtracks and film cues are films without pictures; you feel the weeping pianos, you are cut by the shrill strings, and you feel the chase through a certain bass line.”

Available for pre order via https://origin-peoples.myshopify.com